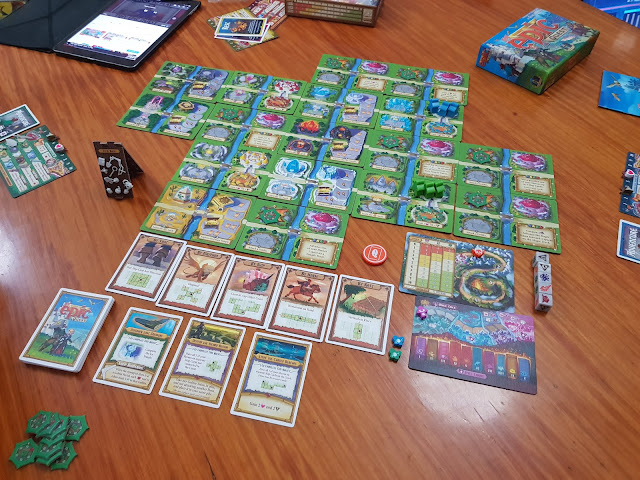 So after running a quick poll on a possible hashtag, I've started using #GeekyGayming as a way to anchor my gaming-related musings on Twitter for who knows what purpose really. #TAGsessions is Tobie's hashtag for his gaming stuff and his publishing line so I didn't want to muddy the waters there.

Why bother right? Well it's sorta ironic that Twitter has become a rather interesting platform for quasi long form content in the form of Twitter threads. Sure I could post things as a blog post or even a lengthy Facebook status update or Note, but instead I'm still on Twitter. I dunno, there's something about the platform that makes it feel more conducive for this sort of thing.

I've been posting daily threads on different aspect of gaming but I haven't seen all that much discussion yet. I guess it just goes to show that (1) my network isn't fully geared towards tabletop gaming discussions or (2) the threads aren't quite as engaging as I'd like them to be. We'll get there. Maybe I'll find an audience in time.
gaming social networking tabletop gaming