02611: Still Gaming Through The Weekend 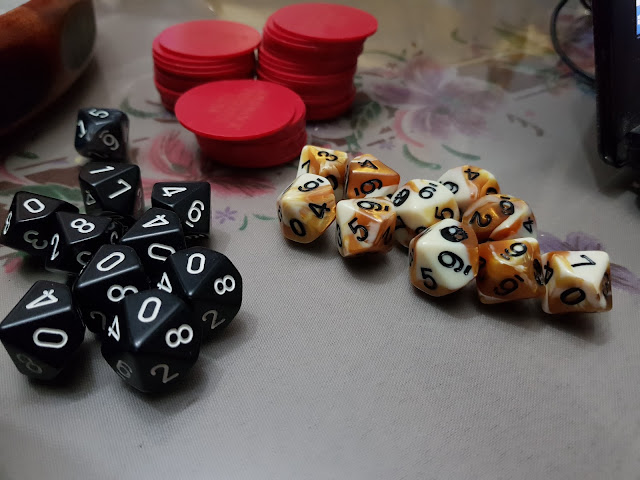 So we're still alive. But the weekend is pretty much just beginning.

We weren't quite complete at the FGTC game night but there were still enough of us to properly celebrate. We played a good number of games (both tabletop and digital for some reason) and my brother was even able to catch up. We had some pretty terrible Legendary runs but it was all in good fun as that's the nature of the game more often than not.

Today it was quite a trek to get from BGC to Quezon City for our 7th Sea RPG session, but we all gathered soon enough to brave another adventure. Things are coming to a head and this story will wrap up in a few more sessions. I love getting to the end of an RPG chronicle as the path to the end tends to involve Tobie revealing the reasons for many different events and character decisions that had happened before. He really does know how to tell a good story.

But then we'll need to figure out how to survive a major O Bar event night later despite our plans tomorrow. Having fun at the bar is not the problem here. The real challenge is figuring out how not to get too tired to wake up tomorrow so that the rest of our weekend plans don't collapse.
gaming O Bar tabletop gaming Tobie