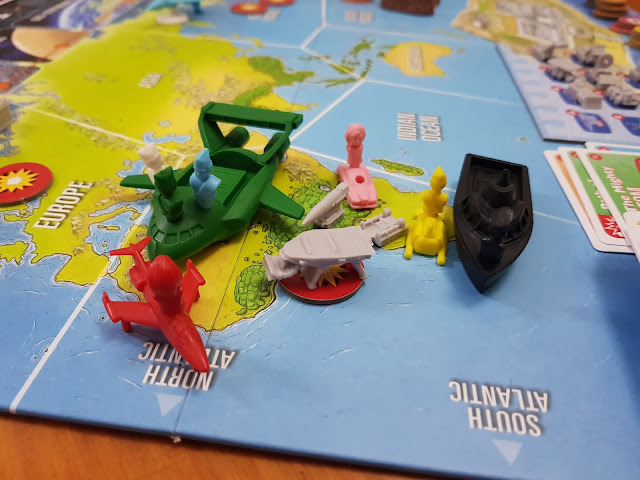 Kickstarter and other crowdfunding platforms have been an amazing vehicle for indepdent creators. You can get just about anything on platforms like this and in our case we tend to invest in various tabletop game projects.

Some recent high profile games have gone in a weird direction - becoming limited releases only available for pre-order or for Kickstarter backers. We saw this with the massive Batman: Gotham City Chronicles game that will not see a retail release beyond this single Kickstarter. The Harry Potter Miniatures Advengture Game opted to cancel its Kickstarter and will be a limited release game that is pre-order only and will also not see retail will release the base game to retail but many of the expansions and pre-order exclusives will not see a retail release. And most recently there's Monumental, an original IP miniatures game that has launched as a Kickstarter exclusive, again without a retail release plan.

On the one hand, I get it - games with lots of miniatures are tricky because they can significantly add to the weight of the game as a whole, especially when they have even more miniatures as stretch goals. A heavier game means higher shipping expenses and more and more we've seen Kickstarters not include their shipping fees as part of the pledge any more and instead rely on BackerKit processing after the Kickstarter achieves its funding goal and closes.

But what is happening with games like these that clearly have become too expensive to sell via retail and so they just try to push the project out for the sake of creating them. The margins on board games aren't great and I doubt they're making a lot of money for these limited releases as it is but it sort of feels like they had overcommitted. At first I thought that it was because they were juggling the costs related to securing the rights for IPs like Batman and Harry Potter that pushed the project to the point of no longer being commercially viable. But Monumental sort of breaks that pattern as it's an original concept not tied to an existing franchise (as far as I can determine).

I can't say that I'm comfortable with this sort of direction for games since it means that the chances of more people playing them are severely limited. Instead they become more collectibles than living, breathing games that help empower this hobby we so love. They're hard-to-reach exclusives that in many cases may never see the light of day in someone's collection instead of being part of an active gaming collection and being played by fans of all ages.

I hope it's not a trend. I really do.
gaming inner ramblings tabletop gaming