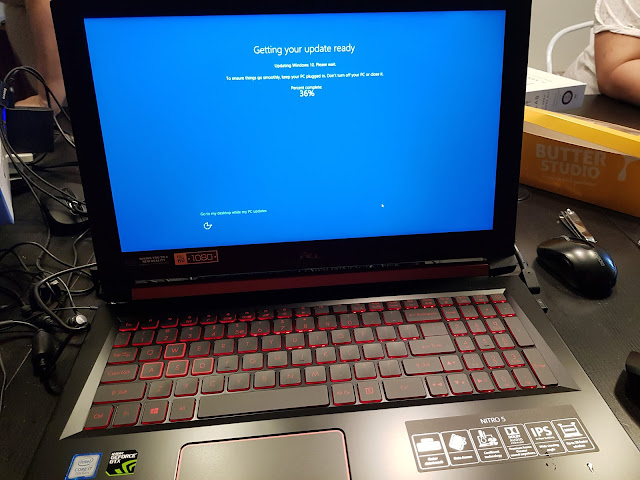 Breaking news folks: I have a new computer! As my prior work computer had an alarmingly loud fan and was slowing down significantly,  it was decided it was time to replace my computer. I still felt the old one was okay but it was getting a little weird explaining to clients what the loud fan noise was about. I'm already composing this blog entry using it but I still need to complete my configuration work over the next few days.

It has been a good weekend. After yesterday's activities I pushed through with my plans to visit the local queer scene. Tried a few quirky drinks at Backstage Bar and tried exploring the other bars in the area. But in the end I turned in early feeling rather tired and really just missing O Bar.

Today I accompanied my sister and her husband on some errands, which eventually included the new computer purchase. It was mainly interesting to note how a lot of the appliance makers have tried to return to old 60's style retro-futurism designs including opting for dials and buttons instead of LED screens and such. Funny life.

Then we enjoyed a very hearty Lebanese late lunch / early dinner that really hit the spot. And we followed that up with watching A Wrinkle in Time, which was nice but not amazing. Again. The Shape of the Water left me feeling in a similar way but Wrinkle was a little shallower. But we can all live for Oprah as a drag queen.
gadgetry moving pictures queer life run the world