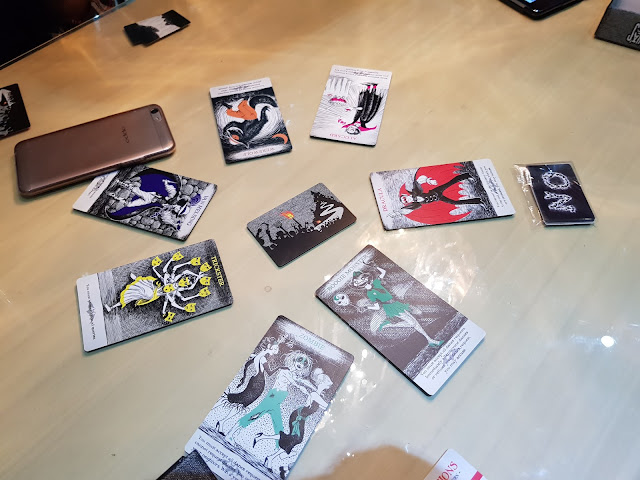 Given the ups and downs of the work week, it was nice to play some games with the team after work. The only other time I had played with them was during a Christmas event and another game session was long overdue. Given a number of folks were okay to stay late, it made for a good time to game.

When it comes to the office I focus on party games that support more players. So we at least got to play Red Flags, Dixit Odyssey and the ever-fun Dracula's Feast. I had also brought along Exploding Kittens and its expansion Imploding Kittens and the Darna card game but we ran out of time to play them as well. Maybe next time.

In other news, looks like I have a work trip to Singapore next week. Such are the demands of the job.
gaming run the world tabletop gaming work