02598: Impeachment Truly Is A Political Process 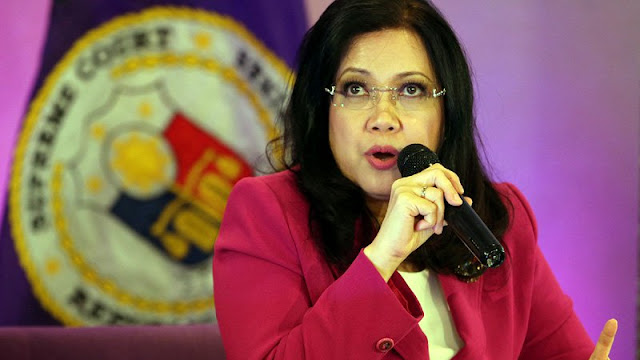 The on-going hearings by the Congressional justice committee to determine whether to move forward with the impeachment complaint against Chief Justice Sereno are coming to a close and it's not looking good. Everyone knows this witch hunt has gone well beyond merely evaluating the impeachment complain raised against the Chief Justice to using its subpoena power to pretty much conduct the initial investigation against her ranging from demanding her tax records of the past 10 or so years to be produced and even her psychiatric evaluations that had been conducted when she was first considered for the Supreme Court.

And now it seems the Supreme Court itself is finally rallying against her and has convinced her to take leave of her post under "wellness" reasons until the (inevitable) impeachment trial begins. And let's be honest here - it was a foregone conclusion that the House acting as an Administration super majority will of course do what they think President Duterte wants. And he has made no secret of his dislike for the Chief Justice and her willingness to speak against the co-equal Executive branch of this government.

When (and again not if) the impeachment complaint is passed to the Senate for them to covene as an impeachent court, then the real battle begins. This is not our first time as a nation to go through this - in fact we've been more than willing to go through the impeachment process with every administration since Erap. Before the main target was whoever was sitting as president but now we're seeing the threat of impeachment loom over the head of just about any public official, coincidentally more so for those who have stood firmly in opposition to our current president.

Just because it's called an impeachment court, it's easy to think that they're going to follow a legal process. But time and time again we are reminded that this is, more than anything else, a political process. And we've seen past impeachment courts clearly ask questions along partisan lines. The Senate also has a pro-administration majority coalition in force but they're more prone to grandstanding, so this may work in the Chief Justice's favor. But we'll only really know how things will go once the trial begins and given our current Senate, I'm not too hopeful.