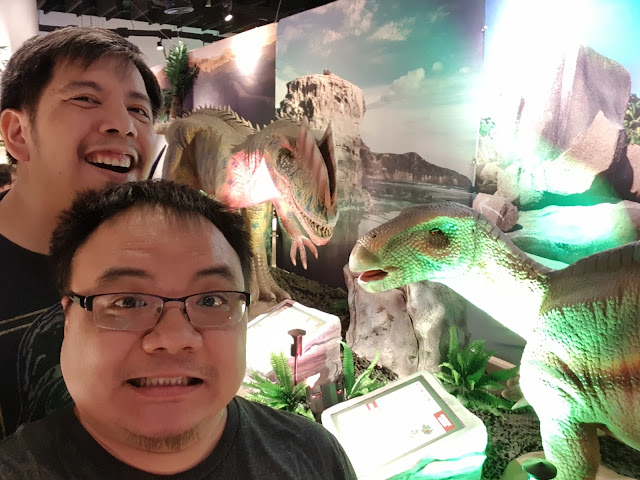 So Tobie and I managed to find time to visit the Dinosaurs Around the World exhibition that is still at the Mind Museum in BGC. We had been delaying checking it out in order to aviod the crowds and such but with the traveling exhibition coming to an end on March 2, we really didn't have any wiggle room left. But things sort of worked out and we got to go.

I've always had a fascination for dinosaurs and this is one of the reasons why Grimlock always ends up on  my lists of top Transformers. Mom was generous enough to help feed this fascination with some pretty heavy books on dinosaurs and a steady supply of documentaries in my younger years.

The exhibition wasn't as big as hoped, but it was still pretty fun. It's interesting to note how the science has progressed as what used to be one of many possible theories to explain this or that aspect of dinosaur life is now pretty much the accepted truth for now. I'm referring to theories like an asteroid killing the dinosaurs and how their most likely descendants are birds. This exhibition even depicted their velociraptor with feathers! So yeah we've come a long way. 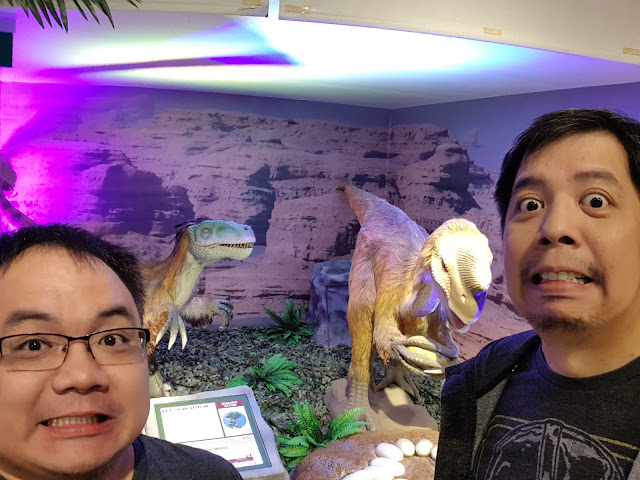 It made for a fun afternoon and some crazy photos - many of which involve Tobie getting pretty up close and personal with the animatronic dinosaurs in one way or another. We didn't quite use up the entire 90-minute window for exploring the exhibits but we had a good time.

And now I want to play our new board game, Dinosaur Island even more. It's a tricky game where you get to play different companies running our own Jurassic Park style theme parks. It's bonkers and you risk the dinosaurs eating your guests but on the whole it's quite fun.