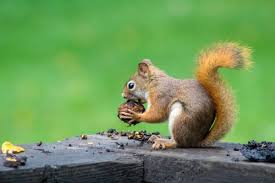 I ended up watching the recent episode of Roundtable via YouTube that had the panel talking about Duterte's drug war. The panel included Dr. John Collins - Executive Director of the International Drug Policy Unit, Gene Alcantara and Sass Rogando Saso arguing in favor of the Administration. The whole thing quickly bogged down in the usual DDS rhetoric that we encounter time and time again and it gets annoying when really lam arguments are raised to counter other points in an almost nonsensical pattern. So I thought it might be cathartic to go over some of the things mentioned in this video and seen elsewhere online.

Duterte Has Never Ordered The Police to Kill Anyone - This is always taken to the most literal degree of there being no evidence of the President specifically ordering the death of any one drug personality, which is a technically true statement. However one cannot deny that the general tone of his rhetoric in public speeches has been very clear in his belief that crimincals and other enemies of the state or of the "Filipino People" deserve to die. Some speeches also include the disclaimer that killing is only an option for self-defense but more often than not this disclaimer isn't included. So can we discount the infuence of the President in possibly encouraging people to take a more active role "ending" the drug problem.

Over 1 Million Drug Personalities Have Voluntarily Surrendered to the Police: Yes, thousands upon thousands of people went to police stations around the country to self-identify as either former and curret drug users and sometimes small-time street  level pushers. However this was in direct response to police visits to homes where suspected drug personalities (as reported to them by local government officials based on "common knowledge") and they were "encouraged" to surrender. Now I don't know about you, but having the police show up with an assumption that one or more members of the household are in fact drug personalities who need to surrender definitely feels intimidating and makes me feel uncomfortable. There's a degree of an assumption of guilt and intimidation as well.

You Need to Be An Expert on the Philippines to Criticize the Administration: This came up in the video, or at least started to come up before the moderator shut it down. To be arrogant enough to think that what has worked in other countries as related to fighting drugs won't work in the Philippines because some we're some sort of super special unique country is an illogical argument to take and one that assumes that the experience of others is irrelevant.

Foreigners Should  Stop Criticizing the Government and Instead Help Pay for Rehabilitation Programs for Drug Personalities: This was just weird - it's the sort of argument that's right up there with Trumpt saying that Mexico should pay for a border wall. Criticism is a part of any democracy, which last I checked is what we're supposed to be. And it's hard to convince other countries to pay for drug rehabilitation programs that are more like Band-Aid solutions to the problem as studies have shown more effective solutions are community-driven. Instead we've forced people to declare they are drug users and have sent them home with the looming threat of incarceration of some sort except we lack the facilities to either imprison or rehabilitate them. Plus these surrenderees haven't gone through actual trials to acertain guilt nor have they been categorized and classified based on length and severity of substance abuse.

And the list goes on and on and I doubt it will end anytime soon. It just feels aggravating to think that we have a lot of supposedly smart people given their history with debate or their careers as lawyers who end up echoing the weirdest arguments whenever the administration is challenged.
inner ramblings stop the presses