0258B: The Xiao Long Bao Recursion 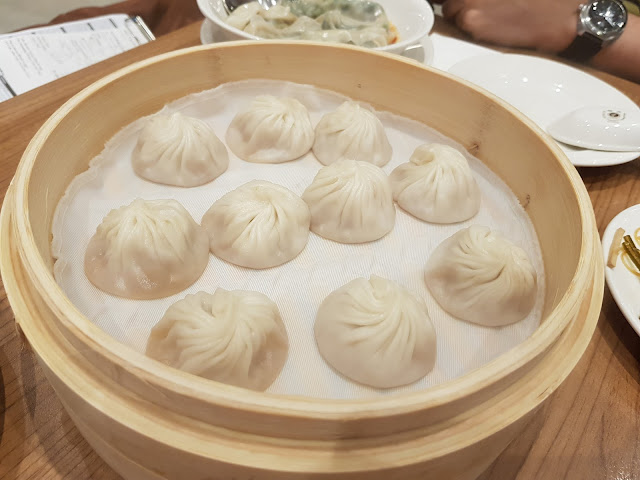 So as a quickie Valentine's Day dinner that wasn't too far off our walking route home, Tobie and I ended up at the BGC branch of Din Tai Fung for a little dimsum indulgence. Despite this being a big date night we didn't have to wait too long for a table and we ordered a lot of our favorites with the new addition of some brocolli leaf.

The focus of any dining experience at Din Tai Fung of course has to be their Xiao Long Bao and we always split at least an order of 10 between us. But today we noted that the dumplings were more delicate than normal despite just having been served since a couple of them broke upon picking them up. Had it just happened once we would have ignored it but it kept happening so it was getting annoying.

So I called a waitress and let her know about our concern. She explained the need to eat the Xiao Long Bao quickly upon serving  but I countered the very first one had broken. She then cited their delicate Xiao Long Bao wrapper but then Tobie pointed out this was not our first time here but it was our first time to encounter this problem with so many dumplings. So then she offered to give us 4 additional Xiao Long Bao to make up for the ones that had broken. 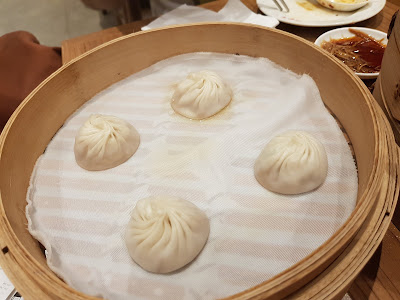 The replacement dumplings arrived and...one of them had already broken in the steamer. We werent't too invested in getting extra ones as we were still pretty satisfied with the meal, but there was a senes of vindication that we had clear proof we weren't exagerrating our concerns about the Xiao Long Bao being a little less than ideal today. 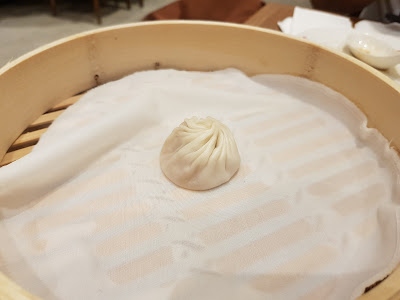 Cue more apologies and the girl even wanting to bring the tray with the broken Xiao Long Bao back to the kitchen so the manager could talk to the crew about it. We weren't weren't even trying to make a scene - we had just provided feedback after all. But it was nice that they were putting so much effort into making sure our customer experience was positive and they were also trying to maintain a certain degree of pride over their signature product. And yes, they gave Tobie one more Xiao Long Bao.

It certainly made for a memorable dinner.
food adventures holidays Tobie