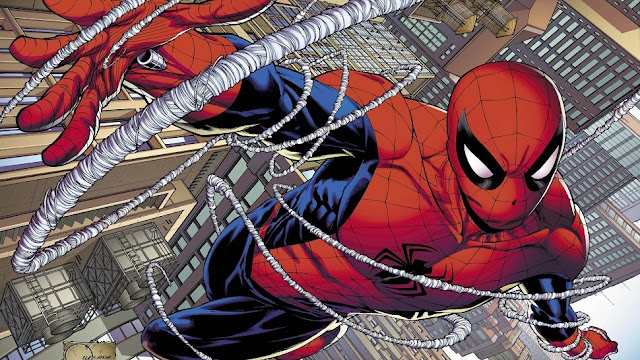 The answer to the question "What makes a good Spider-Man story?" probably differs from person to person to varying degrees. But I suppose we can start with the tropes of the character and what we've come to expect from his adventures.

Spider-Man will mostly be a street-level hero with some very human problems complicating his life. He applies just as much effort into catching a purse snatcher to fighting an enhanced super villain. He's mostly been a self-made man with limited resources and his early adventures have often involved him not even having enough money to create more of his unique web fluid to aid in his crime-fighting.

He's a man with a lot of ties ranging from his pretty much foster mother Aunt May to his romantic interests Gwen Stacy and Mary Jane Watson, to name a few. And those close to him run through the gauntlet of either being placed in danger because of their proximity to Peter Parker and/or Spider-Man or are eventually burdened with the knowledge of his secret identity.

He's also a science hero at heart given how he originally got his powers because of the bite of a radioactive spider and how is also intelligent. Given this he has mostly faced similarly enabled science villains who don't just rely in powered armor. Thus the Green Goblin is the product of the maddening effects of the strength-enhancing goblin serum while the Lizard is the accidental result of an effort to regrow lost limbs.

But he's also a victim of the "Parker Luck", which means that he doesn't seem to stay happy for long because bad things keep happening to him. His parents seemingly return from the dead but turn out to be agents of his enemy the Chameleon. He becomes the CEO of a massive corporation but then loses it all in an effort to corral those resources to save the world somehow.

Thus we get a lot of stories where a science villain threatens one of Spider-Man's friends or family, he struggles to find a way to defeat them in a manner that is more clever than brutal while still making sure collateral damage is kept to a minimum and as few civilians get hurt as possible. He will defeat his enemy but suffer some personal loss in the end or at least face a coming complication that leads into the next story.

It's a tad formulaic but you can break down many Spider-Man stories in this manner. Both good and bad stories tend to touch on these same points but how it all comes together and the stakes that he has to face really define how things will go. And of course there's also how fulfilling the path to victory is and precisely how he manages to win will always matter.

But not all Spider-Man stories are equal in this regard. And it's kind of crazy how this formula has evolved in terms of is application over the years.
books comics Spider-Man