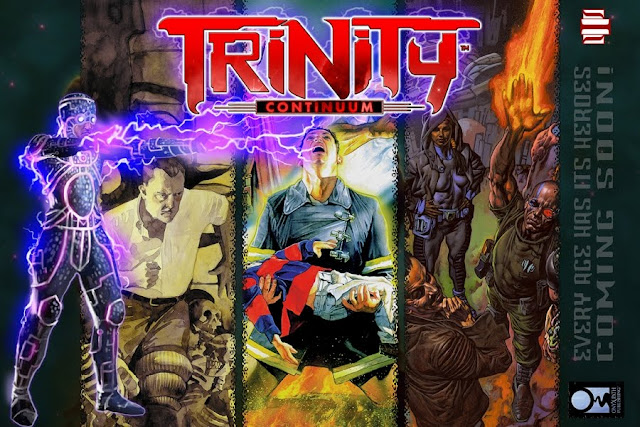 So the Kickstarter for the new Trinity Continuum RPG line went live today and I've gone through so many emotions. I've talked about the interconnected stories of Adventure!/Aberrant/Aeon Trinity before as it's a game series that I've come to love dearly because of the games we've played under Tobie. The three-era game world made for fascinating story worlds to explore and we ended up going through some wonderfully memorable adventures across different games. In fact, Aeon Trinity was one of the very first RPGs that Tobie tried to introduce me to as it was a game for running science fiction games, which Tobie knew would be an area of interest.

The Kickstarter had already hit its funding goal by the time I checked out the site upon waking up. But that wasn't what shocked me initially - it more all these discssions about changing things and a new Story Path System that was supposed to be more suited to telling heroic stories versus the older system which was more in line with White Wolf's Storyteller System. I didn't necessarily agree that White Wolf's core system was "built for horror" but I knew I had to actually see the system for myself before making any conclusions.

Part of the Kickstarter was a link to a free PDF download of their sort of brochure or quickstart primer on the system. It's still going to rely on D10s but they included a sliding success scale that borrows elements from games Powered by the Apocalypse given one can have partial sucesses and other ways to embrace falling forward. It has an initiative system that felt similar to 7th Sea given one has to decideone's course of action, roll for it, then overall turn order is determined by the number of successes you have. So that's all interesting but not too scarily new.

But I guess what really got me excited was the mention of the old touch points from the old books - furture corporations like Orgotek and their biotechnology or the heroic adventures of the Aeon Society in the pulp era. It seems that the team behind the game has some very big plans that include trying to bring the old worlds back to life with somewhat  more modern rulesets. The old worlds were mostly joined by story and core similarities between the sytems but in the end had very unique power sets across the books. This new system seems to want to unify things more.

So in the end Tobie and I did the math and agree to split the costs or investing in the Kickstarter for pretty much the whole experience. This first project includes a new core book that will span the eras and the source book for the far-flung future of Aeon. We're committed to a first Aeon expansion as part of this Kickstarter and a chance to get more of the first edition books as high resolution scan PDFs, which is also cool as Tobie's core book is pretty beat up.

Also, the moon was funky tonight. 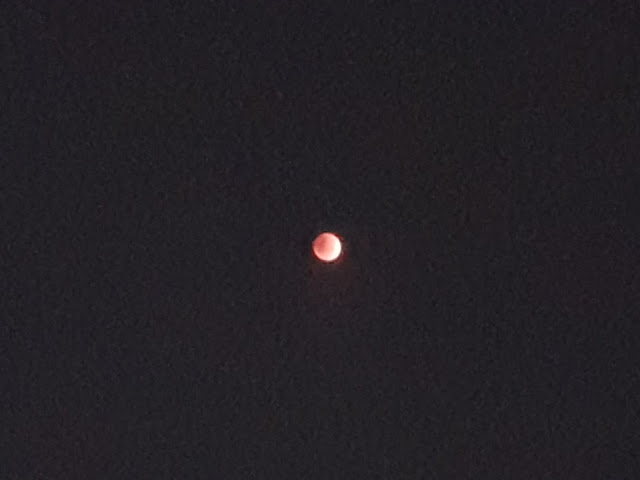