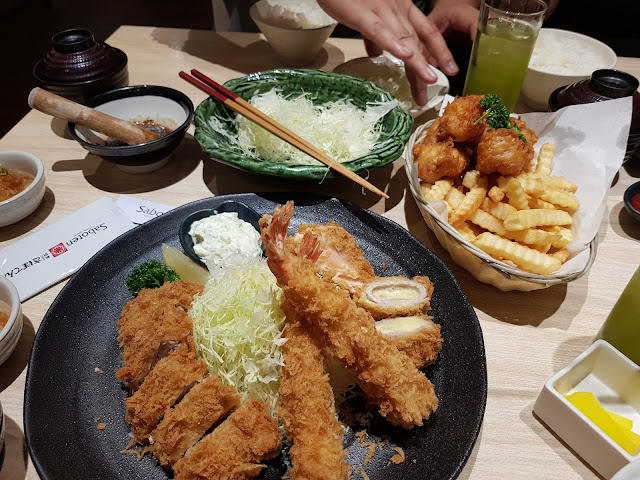 So I made it to Singapore without too many complications, it seems. NAIA Terminal 1 was pretty much the same, which means a lot off queuing, few amenities and a lot of waiting. The flight more or less left on time although it did feel like we were waiting on the terminal to leave longer than you'd  think should have been necessary, but we landed at Singapore 10 minutes early, so I guess it all works out. I tried  to read a bit during the flight but seriously I was asleep not too long after the plane left the ground. At least I had the fortune of not having a seatmate. I slept without guilt.

As today is pretty much the lightest day of this trip, my sister I and worked out time to hit Books Kinokuniya, as is our somewhat tradition whenever I'm in town. I was initially supposed to join them for their afternoon errands but the rigors of travel and my lack of sleep from the night before had me needing to catch up on sleepy time after landing.

I at least woke up for dinner and we had a lovely katsu spread at Saboten after our first dinner option had turned out to have a three and a half hour waiting time. But hey good food is good food so it all worked out.

Today's Kinokuniya run inevitbly involved comics. I realize that my book options for Singapore have been diminishing with increased reliance on Kindle and comiXology digital purchases, but that doesn't mean there's a shortage of interesting things to find. This lead to the odd side diversion of picking up Studio Ghibli merchandise there apart from my comic book purchases.

Will try to get more sleep later as work looms ahead. It's going to be a crazy busy week!