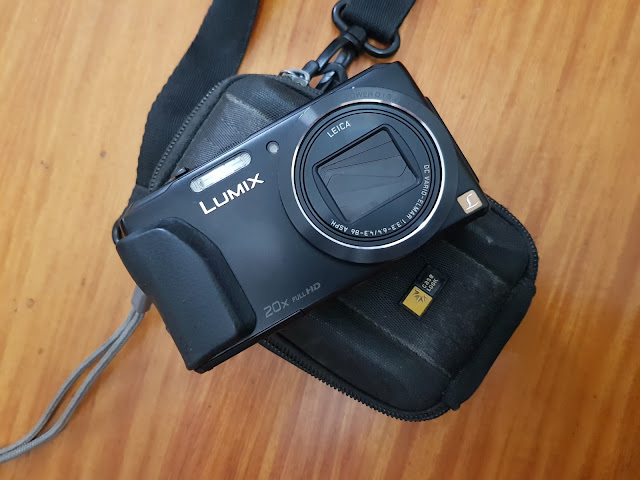 With the steady advancement of camera technology, especially those integrated into mobile phones, more and more I worry that I may eventually give up on having a dedicated point and shoot camera. I've held on for some time now since I fell in love with megazoom cameras early on and have always had one on-hand over the years. This is probably most evident during big events or anytime I'm at O Bar.

But more and more I'm coming to accept that my Samsung S8 (and even my Nexus 6P before it) has a pretty impressive camera that makes taking photos on-the-go riduculously easy. In addition, they're also take very impressive high definition video under a wide variety of conditions including the mixed lighting of places like O Bar. My Lumix was built for easy transition between photos and videos but I have to admit my phone still does a lot better.

And man, the godsend that is autmatic syncing to the cloud through Google Photos means my photos become easily usable in albums or in blog posts like this one.

This is not to say that mobile phone cameras are a perfect replacement. The lack of greater optical zoom means that photos get pretty blurry when you try to go close-up as the digital zoom parameters can only do so much. The same goes for taking much closer shots, like when I'm taking photos of my Transformers and other collectibles.

I've lost track of how many years I've had this particular camera but it's definitely showing its age. If my prior Lumix is any indication, I expect the problems with the zoom function to get worse since its mechanical in nature and tied to a delicate part of the main body that is also connected to the primary trigger and the mode selector dial. Something similar happened to my last camera and it was more practical to buy a new camera instead of trying to secure the rare part from outside the country.

But we'll see. Maybe there are smarter point and shoot cameras out there with better data management and cloud sync options that retain the awesome megazoom lenses that I still love.
gadgetry sietch life