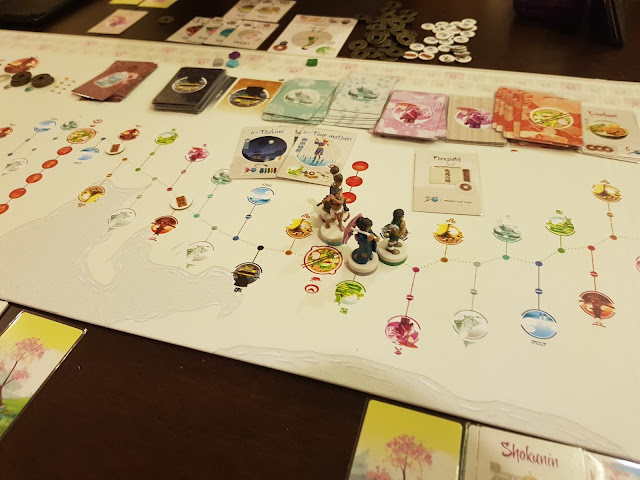 So it's already the day of the first FGTC meet up for the year and it's already been colorful. After last night's rush shopping trip we were surprised to find that the car didn't want to start just as we were going to leave for the gaming session. But given geek priorities we opted to just take an Uber to the game venue and deal with the car tomorrow. It might just need a jump charge, but that'll be the second time they we've had to do that so perhaps a full battery change is already needed.

We're still down a few players as some members of the group aren't feeling well. But we also had other folks cycle back in to give us quite a big group of players to work with. Thus out initial game Tokaido later split into parallel games of Smash Up and Terraforming Mars just to make sure everyone had something to play.

We have a crazy mix of games left to play and we're probably going to push until sunrise as is typically the case. There's a big question mark if we'll drop by O Bar tomorrow to catch a specific performance but we're still figuring things out.

So yeah, it's a p
gaming tabletop gaming