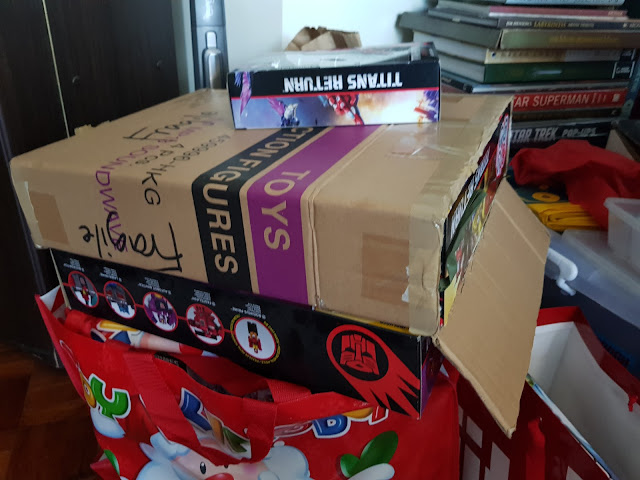 I've not been one for big New Year's Eve plans for one reason or another. A large driver for that in recent years is how Tobie's family has their own little traditions that I admit I don't feel comfortable joining just yet as his parents are still getting used to the idea that their son is in a relationship with a guy.

For a number of years I'd join the Christmas celebrations of a school mate that we had been gaming with for many years, but that friendship is rather dead as of late so that's no longer an option. As much as we have already have a bit ofa tradition of going to O Bar after the fireworks have settled, it's the hours leading up to the New Year that remain empty.

The only other New Year's tradition that I've ended up forming is taking the time to unbox the rest of my Transformers purchases for the year and making sure that they get documented in photos and more or less shelved and/or displayed. Last year was the first time that I had failed to document everything as we had started packing for our move to BGC. This year I'm hoping to clear the board properly but I still have about a dozen figures to go.

It's all an odd reminder that we still have a bit of a ways to go before achieving full acceptance, but it's a worth effort that we'll keep aiming for. In the meantime it's still better to celebrate the good rather than consider the less than ideal orr obsesses over the what-might-have-beens.