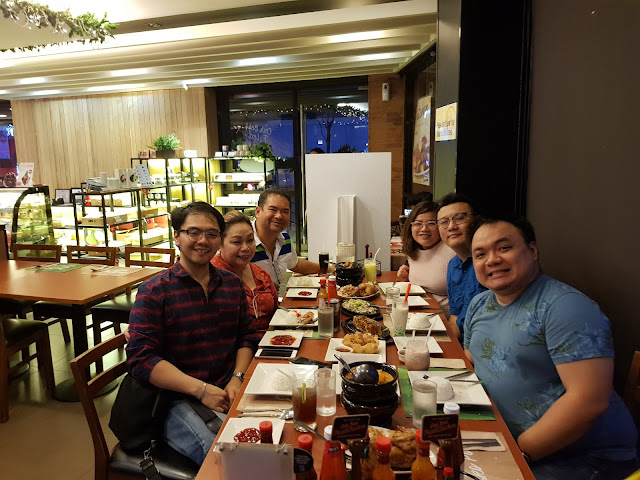 Our Christmas celebrations never really followed more traditional Filipino patterns, and thus I had no idea what an actual noche buena was like and how it was supposed to go. But as I started this blog to partly act as a "oral history" of sorts, let's talk about our traditions.

After dinner comes the many delays that come before opening presents. This includes suggesting that we first need to re-watch a major movie franchise run such as Star Wars or The Lord of the Rings. Then everyone needs to take turns going to the bathroom. And just whent the excitement reaches its peak, we open presents.

Eating dinner and opening presents (including delays) needs to all happen before midnight since thats when Santa gets to work. Only gifts exchanged between family members are distributed before midnight. Proper Santa gifts "appear" under the Christmas tree come the morning for the kids.

Man, we had Santa Claus going on for quite some times. Those were awesome years.

Christmas is what you make it. Each family has their own  unique traditions for this special holiday And one day I expect that Tobie and I will figure out how to marry the Christmas traditions of our respective families so we don't celebrate things strictly apart from one another. Only time will tell!
family holidays