0255C: Juggling Back and Forth 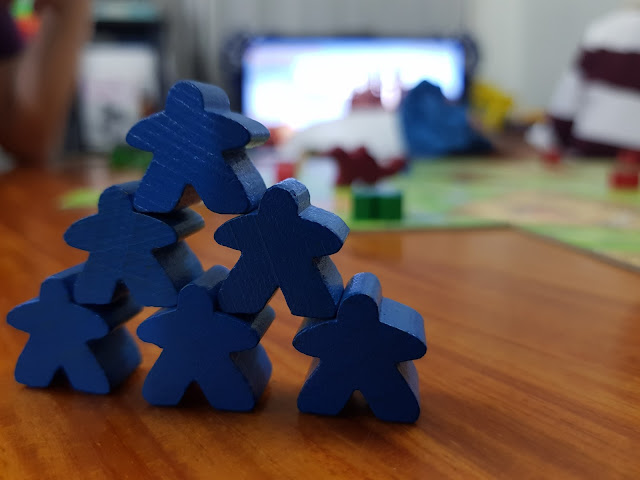 Despite having slept pretty late after the wedding dinner, I somehow managed to wake up early enough to make a run to SM Megamall feasible despite a game schedule in the afternoon. Don't get me wrong - I'm super tired now in the middle of our on-going game night. But with news of new Transformers coming out this week, I had to make the effort. And by I it really ended up being we since Tobie is the super supportive love of my life who drives me to the locations of Transformers sightings.

We didn't arrive at the opening of the mall since it still took us time to get out of the Sietch but we did make it before lunch. The holiday crowds were still building up so it wasn't quite as crazy and we didn't have to queue so much. Thus we not only achieved my Transformers shopping goal, but we also addressed some more domestic needs like replacement socks and umbrellas. Then it was pretty much a quick retreat to BGC.

For the board game session, we scheduled time with good friends who had been looking forward to playing again after a bit of a hiatus. Initially I was expecting us to focus on newer games that we had acquired after our last session together. But instead we seem to have gone back to  games now considered to be pillars of modern gaming including Settlers of Catan and now Carcassonne. They're fairly lengthy games to play but of course the amount of strategy and maneuvering is certainly pushing things along more aggressively.

Tomorrow it'll be full holiday mode as Christmas is truly just around the corner. I still have to finish wrapping my presents!
gaming holidays tabletop gaming