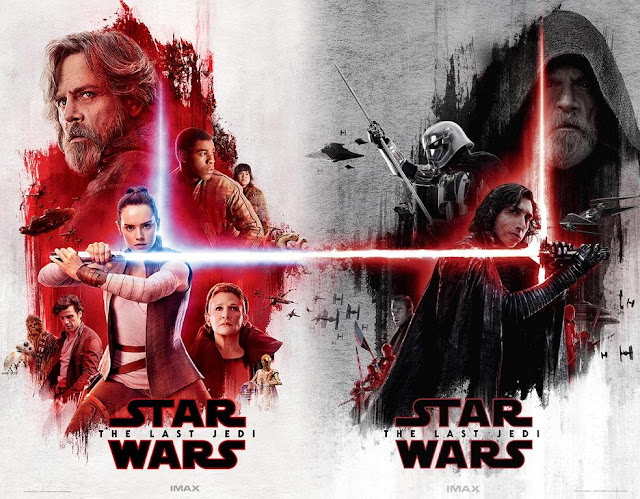 Today is a Star Wars day, in a manner of speaking, as cinemas have begun to air Star Wars: The Last Jedi in theaters. Tobie and I had booked tickets ahead of time using the GMovies app, which is so freaking convenient, and we'll be watching a late show in a few hours. The excitement is real.

As much as there are Hollywood summer blockbusters, there's something about the Christmas genre film, an odd "tradition" cemented in more recent years with franchises like The Lord of the Rings and Harry Potter. Now we have new Star Wars films and every new movie has become something to look forward to at the end of the year. It's a time of holiday thinking, quality time with family and apparently trekking to theaters to pay to watch adventures in a galaxy far, far away.

I'm pretty excited about the new movie. Early press has been good and I had enjoyed The Force Awakens more or less (but maybe Rogue One was a little better) and this is a good chance to see things taken to the next level. And I'm already in too deep with Star Wars Rebels because Dave Filoni is a bastard genius and I'm totally onboard the Star Wars train.

This has nothing to do with my love for Star Trek (which is a little shaky but is still there). You can totally be a fan of both without conflict.
moving pictures sietch life Star Wars