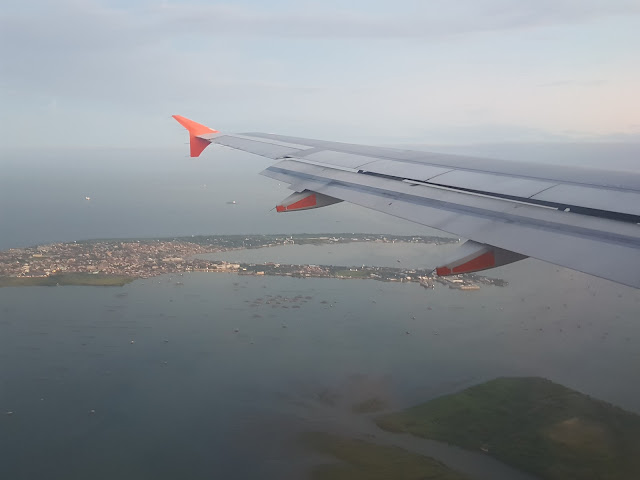 So the trip home from Singapore was blissfully uneventful for the most part. Processing through Changi was as efficient as ever and my only hiccup was when I almost lost a bag of chocolates that I had left at the gate during boarding. Thankfully someone handed it to the crew and by the time I had realized I had left it behind it was already waiting for me at the stewardess station at the front of the plane. Small blessings.

Tobie made the effort to pick me up at the airport and we managed to get through that process with a minimum of fuss. Thankfully I had no major issues getting past Philippine Immigration and my bag was among the first to get offloaded from the plane. So I actually spent some time waiting for Tobie at the arrival extension area instead of the other way around. After that it was a speedy trip home and a happy breakfast of McDonald's Cheesy Eggdasal with Sausage. Oh I had missed you.

We woke up in the afternoon just in time to figure out a plan for watching both Coco and the Justice League movie. The GMovies app has turned out to be super useful for moments like this as it's a heck of a lot more convenient to book movie tickets this way versus the likes of Ayala's Sureseats or SM Tickets. I only feel bad that we hadn't learned about the app sooner.

Coco was amazing and despite the seemingly simple narrative it was done in a masterfully beautiful way that had me crying a few times during the movie. It's definitely one of the best Pixar movies out there and one that really demonstrates their understanding of emotional, character-driven storytelling as told with some of the most beautiful animation out there.

Justice League was not as terrible as feared and honestly had some clever moments. They had great moments of banter and character interaction bridged by awkward plot points and other odd narrative elements. But man those post-credit scenes were totally unnecessary and badly thought-out. But keep trying, DC!

And now to get ready for a fun night at O Bar. It's good to be home.
moving pictures run the world sietch life Tobie