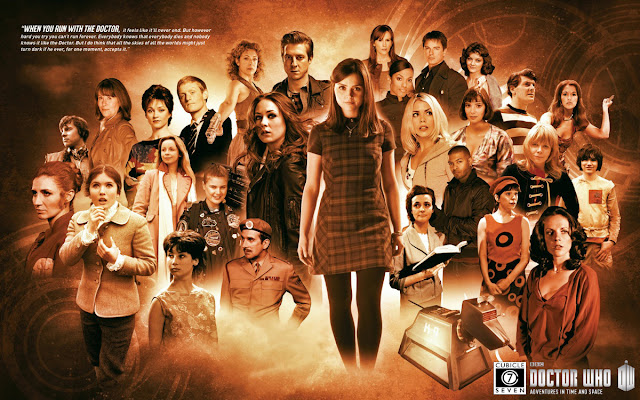 So my brain is still  buzzing with the kernel of a Doctor Who RPG adventure that I had come up with yesterday and what had begun as a very rough outline is now a bit more robust and a lot closer to a full story. I've been going through character histories and episode summaries on the Doctor Who wiki and as found in the many sourcebooks of the RPG and have come up with a decent gallery of characters to populate my little world to help bring this story to life. It feels a lot more like a proper Doctor Who story now and is one that touches on part of the rich history of the show.

I still have some aspects of the system to review and prepare for given possible scenes in the story and I want to spend some time studying the soundtracks of the show in order to come up with a score list for the game. But these feel like minor details in light of the greater story that feels a lot closer to real. And I'm both excited and scared about actually running this game as the story is largely ready.

It's weird to be on this side of the GM-player fence but it's certainly quite exciting.

The bigger question of course figuring out which players should play in this story to give it a good run. I need proper Whovians who have a good appreciation for the show with at least a decent understanding of its rich history and some of the quirks of the Classic Who period and not just the newer show. I don't expect all players to be full experts of the full range of the show as even I haven't watched all the Classic episodes, but it would be nice to have some sort of an understanding to build on and make understanding the story easier.

I do worry the story is a little too clever and that players may miss out on the clues that lead to the big reveal and eventually the climax to things. I worry that they won't figure out how to "win" the scenario in a way that leaves them feeling satisfied. But what is a Doctor Who story without big stakes and a puzzle in need of solving at the center of things.