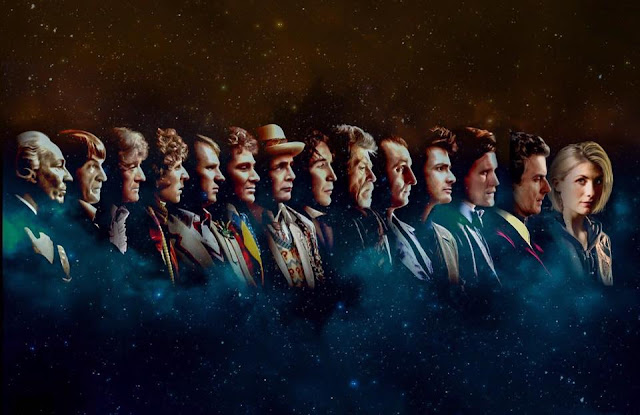 I've been listening to a Doctor Who audio book via Audible this week and have been rather enjoying the experience. It's a narration of various short stories featuring the Tenth Doctor and Donna Noble as narrated by different folks including the actors. We're not talking about a full audio drama so this means hearing how David Tennant impersonates the voice of Donna Noble and how Catherine Tate represents the Doctor. It's rather funny at times but on the whole they make for really fun stories.

But this has only gotten my brain thinking about the Doctor Who Roleplaying Game, previously known as Doctor Who: Adventures in Time and Space. I had run a few one-shots using pre-generated stories provided by the publisher but not much else since then. Tobie has run some interesting one-shots based on original stories that he came up with and those have been quite fun.

I have no idea when this story will be ready and who I might run the game for but I'm pretty excited about it. I have some of the key elements in mind and a quick review of the RPG source books have reassured me that some of the finer points are technically viable. I just need to flesh out the rest of it, get my villains and NPCs sorted and then I should have a possible story to work with. I doubt I'd be that open to opening the game to other people outside our regular gaming circles, but who knows, right?

It's rare that I feel the urge to run an RPG instead of just playing in someone else's game. It'll take some work but I have a pretty good feeling about this and I can hardly wait to see the story unfold with a group of players.
Doctor Who gaming tabletop gaming