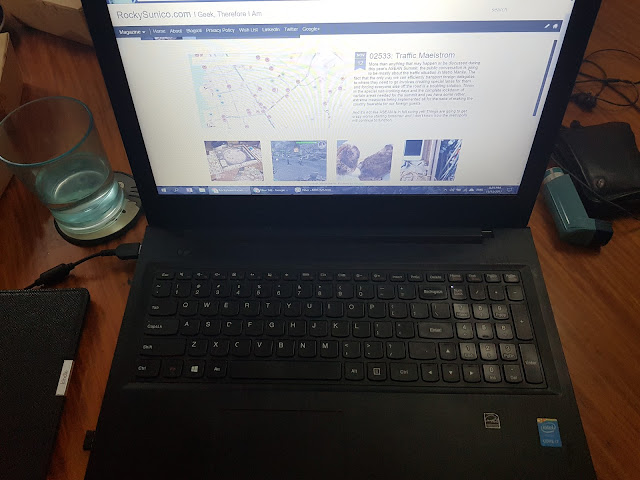 Given the on-going ASEAN situation, we didn't leave the Sietch at all today. Considering that I'm on work-from-home mode for the next few days while Tobie has the benefit of the special non-working days, we still ended up staying home as no one wants to venture out into Metro Manila under these conditions. The irony of everyone staying due to fear of traffic actually reducing traffic in some areas isn't lost on me, but even a few more cars on the road is bound to trigger the same madness people experienced over the weekend during their efforts to leave the city for this or that long weekend holiday.

A lot of folks advocate work-from-home arrangements as the solution to traffic problems in most major metropolitan areas. This isn't a new idea given that telecommuting as a practice has been around since at least the 1970's and yet still majority of jobs require people to show up at the office. There are plenty of pros and cons to telecommuting to be certain and I feel this both as an employee and as an employee. There's are definitely benefits to being in the same room with you co-workers as coordination is a lot faster and it's easy to explain what you mean. But then working from home means a potentially happier working environment, provided you have internet of sufficient speed to allow you to remain productive in these oh so modern times. And local internet is far from ideal even with the gradual shift to fiber-to-the-home broadband offerings.

So Tobie and I stayed home and I got my work done while he got some writing in. Then he took a nap while I remained awake and that's just how things are. Good times.
sietch life work