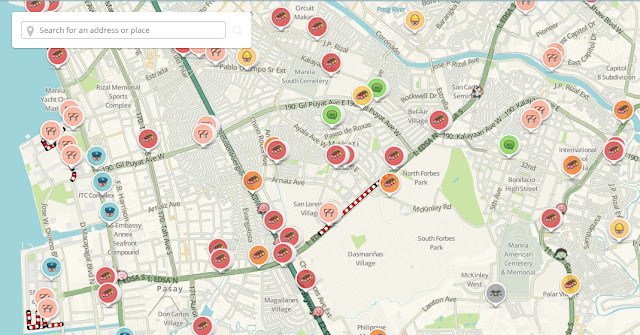 More than anything that may happen or be discussed during this year's ASEAN Summit, the public conversation is going to be mostly about the traffic situation in Metro Manila. The fact that the only way we can efficiently transport foreign delegates to where they need to go involves creating special lanes for them and forcing everyone else off the road is a troubling solution. Throw in the special non-working days and the complete lockdown of certain areas needed for the summit and you have some rather extreme measures being implemented all for the sake of making the country bearable for our foreign guests.

And it's not like ASEAN is in full swing yet! Things are going to get crazy worse starting tomorrow and I don't know how the metropolis will continue to function.

And thus Tobie and I have stayed home today after the fun of last night's FGTC board game session. We were initially weighing other plans for today since we didn't have any games scheduled but now it doesn't seem at all advisable to leave BGC. And if we ever do step out of the Sietch for anything, we'll probably go on foot in order to avoid  the hassles of getting stuck in traffic even for intra-BGC travel. It's not a bad thing in itself as we do enjoy our time at home, but it is a little disheartening to think about why this is the more prudent action at this time.

But resorting to these special lanes again, which we first tried out during the APEC Summit in 2015, feels like totally side-stepping the traffic situation and essentially giving up. We're no closer to solving the traffic situation now than we were two years ago and if anything things feel worse as we can't even seem to keep the MRT up and running. So our government has to got to extreme lengths to keep these delegates content within Metro Manila when maybe the solution needs to be taking the conference out of Metro Manila entirely - an alternate course of action that is still an indirect statement of giving up on traffic.

What a mess.
inner ramblings stop the presses