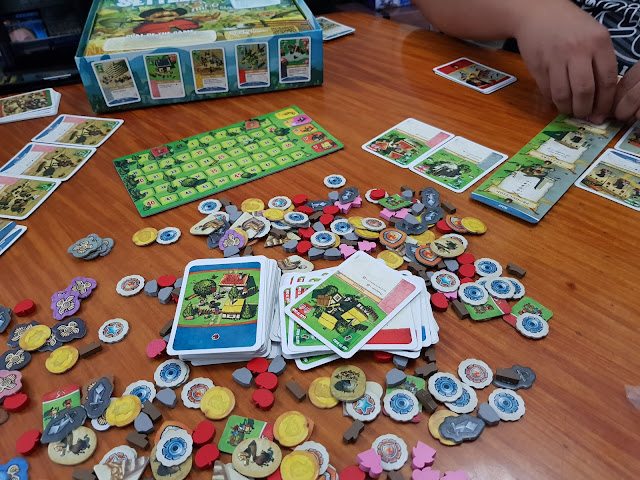 Ever since Tobie first introduced me to Carcasonne in our first year of being together, the war began. I already had a long history of playing board games with my family including many summer vacations playing various games with cousins. But it really wasn't enough to prepare me for the level of gaming that Tobie was operating on.

No weekend is complete without some form of gaming. And as much as I love the narrative escapism of tabletop RPGs, there's something consistently appealing about "board games" to use the broad term for things. And thus we continue to acquire new games to act as potential battlegrounds for Tobie and I to match wits and see who might triumph. I always feel that Tobie is more likely to win any game as his brain seems to be hardwired for strategy. And given our focus on games that rely more on skill instead of luck and dice-rolling, they often prove to be interesting encounters.

It's a lot of fun though and despite our grumbling and occasional cursing while playing, in the end it's all for fun. We always play to the best of our ability and this happens no matter how many other players are at the table. It's a little distracting at times and our professional "rivalry" and lead to both of us losing to some other player. But a good game doesn't take defeat personally and focuses more on the next opportunity to play again. And thus the games continue on and our collection continues to grow.
gaming sietch life tabletop gaming Tobie