0252A: Another Friday Game Night 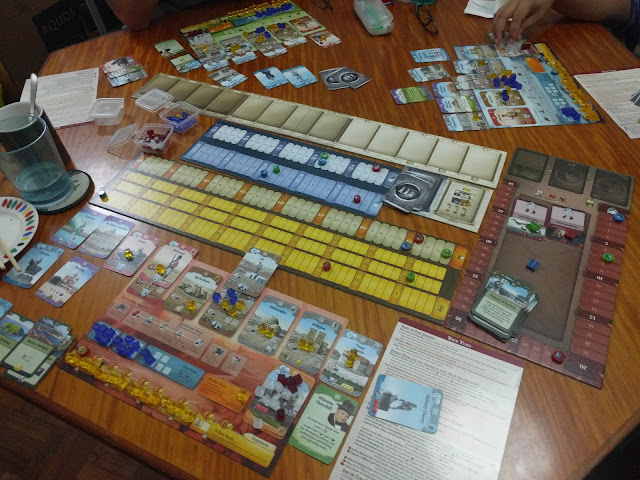 So we're gearing up for another board game night, but not quite the game night we had initially planned. We were supposed to meet with our Pandemic Legacy group to see if we can finally finish Season 1 but a sick player means we'll have to pivot. While we could certainly play without her and do our best to survive the horrors of a planet nearly overrun with deadly diseases, we do want to hold on to our core group so we finish the season together. The eagerness to get through the game has grown since we already have a copy of Season 2 waiting to be played.

So now it's just three of us instead of 4 players and we'll end up playing whatever else we can have time for. And as we're a rather hardcore triad of players, we're probably going to play until sunrise. Fewer players does have its advantages, mainly the option to focus on games with more complex rules that we're already familiar with to really push our limits.

We all tried inviting other players to join us, but admittedly it's hard to invite people for game nights last minute, especially on a  Friday night. So we're going to rough it on our own for now.
gaming sietch life tabletop gaming