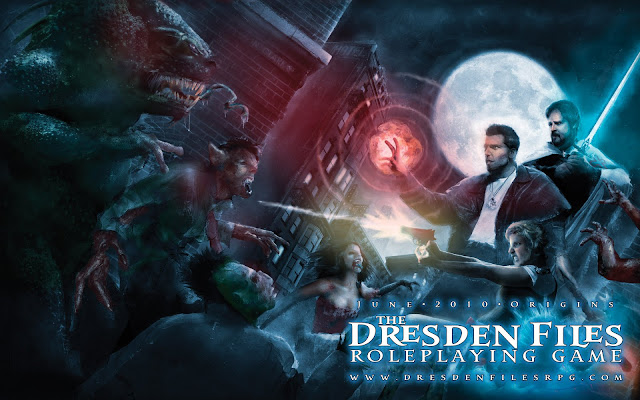 Of the various book series that I'm actively reading at present, some of the books that I look forward to the most are the Dresden Files novels by Jim Butcher. I didn't think I would get so into the books when I started as I wasn't too heavily into the contemporary urban fantasy genre but the first book got me hooked and there has been no turning back since. The fantasy side of things is often just the gravy in these books - at their core they are very solid mysteries with Harry trying to puzzle through the clues every time.

And that part of Butcher's writing fascinates me the most, as it's not easy to write mysteries in my experience. Sure. I'm not exactly a great writer nor a prolific one but it's so hard to lay out the puzzle in a way that is satisfying. Sure you can just say it's a mystery and keep things secret from the reader then have everything be explained at the end like in many books. But a true mystery is something that can possibly be figured out by the reader on their own given the clues presented so far but remains challenging enough to figure out until the right moment when all the tumblers lock into place.

Jim Butcher somehow manages this each and every time and there's always that point mid-way through the book when Harry starts to put all the clues together and comes up with a working theory. It's not necessarily an airtight analysis of the case and who the guilty parties are but it's enough to lead him to start kicking down doors and delivering some hurt when needed. After all, solving the mystery isn't the final solution in itself. There's still the question of bringing the guilty parties to justice somehow or to at least stop future crimes of that nature to continue happening. And given Dreden's line of work, a lot of times his case tend to involve murders of the serial variety. So the stakes are typically high.

I love reading these books even though it drives me bonkers to consider how I could ever write like that. This is probably why it's far easier for me to consume media rather than creatively contribute to its creation for the benefit of others.
books writing