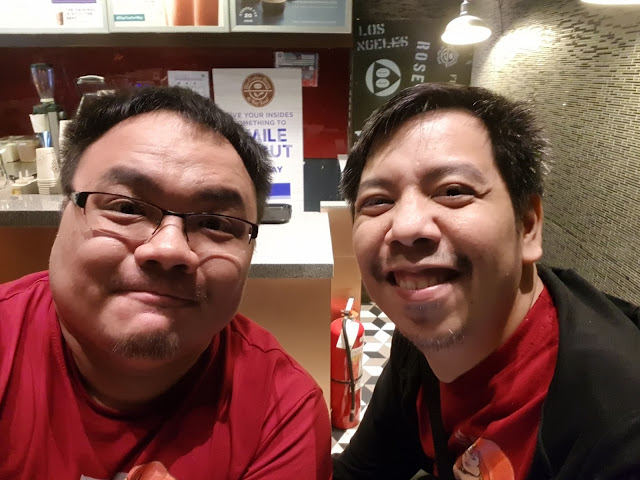 So I'm hurriedly composing this blog post using my phone as we warm up with some coffee between movies. What started out as a lazy Sunday where we didn't get out of bed for a good hour or so after waking up shifted into a quick rush to the cinemas to watch Victoria & Abdul and Blade Runner 2049.

It's rare that we aim to watch two movies in a day given time constraints and a lack movies that we want to see right away. But with no game plans for the day it seemed like a nice option. I originally suggested we just watch the Blade Runner sequel but was surprised to see that the cinema at Central Square already had the Victoria movie. Even better was the fact that the schedules aligned such that it was feasible to watch both movies one after the other.

I love it when that happens.

Of course a double movie day means losing a lot of time at the cinema and not having enough time to have proper meals between movies. We'll try to make up for that with a late dinner somewhere, but that all depends on what time we finish as Blade Runner had a nearly 3 hour run time.

Fun aside, this was our first time using the GMovies app to book movie tickets and it's delightfully easy. The fact that you can book movies across cinema locations is a godsend and its way easier than using the likes of Ayala's Sureseats or SM's in-house ticketing system. This should prove most useful in the future.
cultural victory moving pictures sietch life Tobie