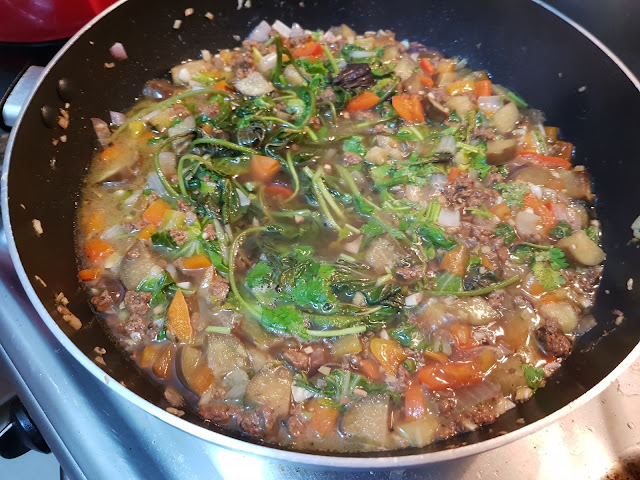 So I'm still messing around with Quorn. In fact, it has fast become our main protein source across most of our cooked meals. We still keep processed canned meats for breakfast and emergency meals but in terms of fresher stuff I've been mainly restocking Quorn instead of getting more regular meat products.

It's quirky to consider that Quorn is not necessarily vegan since dairy products are involved in its creation. Additional research shows that in this industry segment there's a difference between meat-free versus meatless. Meatless is more about eating fruits and vegetables only while meat-free is the Quorn segment of meat-replacements that try to feel like meat. In the past we've largely relied on soy products and gluten via places like Bodhi, but that only works when you eat at certain food courts.

Quorn is proving to be a fun ingredient to work with. It cooks pretty quickly so that's a big time-saver and it adapts well to seasoning and other flavors. I think my main frustration is that we only have three distinct Quorn products in the local market so far so there's only so much that I can do. And with one of those products being nuggets, that really limits one's options.

But still. it's an amazing science food that feels just like meat and generally tastes like meat or responds to seasoning  like meat more likely? It's pretty flavor neutral actually except for those nuggets. Those nuggets are crazy brilliant.
food adventures sietch life