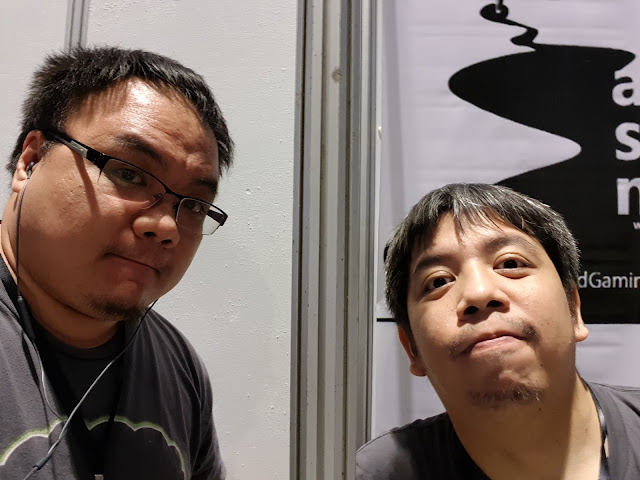 I could say we barely survived it as we woke up late after last night's craziness at O Bar. We had gone to bed at 07:00am with a false hope of waking up again in 90 minutes and instead woke up closer to noon. But we had a commitment to see this event through and so we made our way with barely enough sleep.

But I suppose it was good that we went as today felt like the main blogger/vlogger day as there were so many people with camera rigs of varying types who wanted to figure out what Tobie was about before taking photos of his booth. Tobie even had a formal interview for the quick stalling podcast, so that was rather fun as well.

More importantly Tobie connected with some great gamers and sold copies of his books to some of them as well. Despite our arriving late, it felt like we had a lot more meaningful engagements and connections today. And that made the fatigue and lack of sleep all the more worth it.
gaming tabletop gaming Tobie