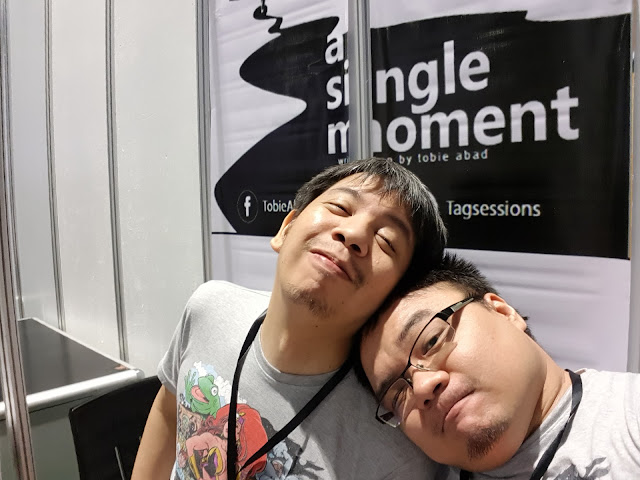 So today I joined Tobie manning his booth at the ESGS Indie Arena. Tobie was one of the few tabletop gaming booths and so there was a lot more talking on his part as he had to explain the hobby before directly explaining what his games are about.

I was there mainly for logistical support as the general noise level of the venue makes it hard to manage a conversation with more than one person. As it stood Tobie had to practically shout in people's ears to be understood as all the other craziness of the event continued on in the background. But it was nice to watch Tobie speak about his work as he gets really animated when he talks about his project. If someone walks away from the event deciding to get started in the tabletop RPG hobby, then Tobie would be worlds happier for having spreading the RPG love.

But our evening isn't quite done as we still have the O Bar Liberation haloween event later, so we'll need to find time to rest up a bit before heading over. We just need to finish up with the Twitch ESGS afterparty. Then after O Bar we'll still have the last day of ESGS to somehow get to after tonight's craziness. Whee!
gaming tabletop gaming Tobie