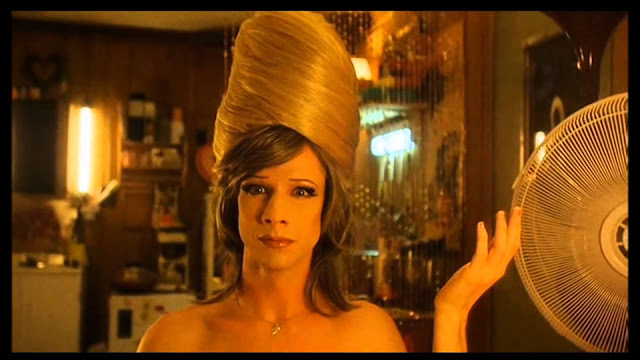 The prior weekend we attended a birthday celebration with a Broadway / Disney karaoke slant to things. As much as I have my usual fallback songs for impromptu karaoke nights with friends, the list doesn't include show tunes. As much as I love stage musicals, I've never really applied any effort to memorizing every song of every musical that I like nor have I even attempted to sing them just for the heck of it. I'm musically competent but nothing exceptional and my range is much beyond the base melodies of most stuff. I'm no Julie Andrews who feels the hills are alive all the time.

But hey, a party is a party and with a bit more alcohol in me and fewer guests at the venue, I eventually the mike to sing a few songs mainly for Tobie but also for myself. What surprised me the most is how I ended up falling back on Hedwig and the Angry Inch for musical inspiration and it worked out. I guess more of the songs are within my singing range apart from the more complicated hard rock bits that really benefit from knowing the lyrics better.

But it was also a reminder of how many times I had watched the movie version of this musical throughout my life because of course I have. It's just one of those musicals that resonate strongly for one reason or another even though I'm not European or the victim of a botched sex change operation. I feel like this is something that I should explore more.

The low-hanging fruit is that the movie entered my life around the same time I fully came to terms with my being gay. It was one of these earliest clearly LGBT cultural artifacts that I got to experience and I celebrated that with repeated viewings over the years. When I think of being a young gay man coming out into the world, Hedwig is somewhere there with me.

And come on, the musical has some amazing songs. It's certainly a musical that is worthy of being a lifelong companion.