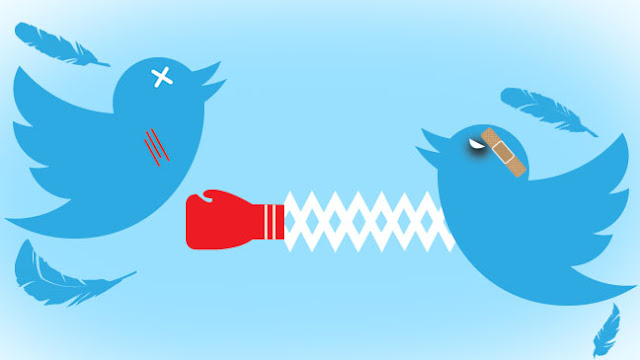 I've often made the comparison that talking on Twitter is like shouting in a room of people who are also shouting, trying to get anyone's attention.Your posts are either public or private - there are no in-betweens. You can direct a message at another person (or persons) with @mentions, but then everyone who can view your timeline can also see your responses. It's the equivalent of a comment on a Facebook post, but a lot of times you'll see the reply  without seeing the entire thread and so things can get a bit weird.

Thus on Twitter, arguments are comment. The platform is built around text updates and a lot of folks ignore rich media content and mostly skim across 140 character chunks of text - incomplete thoughts that typically need several tweets working together to express something clearly. But it's easier to react to each and every 140 character chunk of word vomit to keep the argument going.

The social media traditionalist in me isn't happy about the plans to expand character limits to 280 characters for stupid reasons. Even just visually a 280 character tweet takes up about a third of my screen, and that doesn't even include graphics that may have have been included (which already don't count towards the existing 140 character limit).

But if increasing the character limit might mean more space for people to express themselves clearly in a single tweet, then maybe it'll lead to less long-running Twitter arguments between two people who have to easily fallen into the trap of the online flame war and losing the original reason for the argument. Things get really bad one someone starts resorting to quote tweets in order to draw more attention to him/herself and the supposed superiority of their arguments. It's not like anyone is keeping score.

At the end of the day, this is all just more Twitter noise that doesn't really matter all that much. It's a platform that is slowly dying as folks favor more interactive and engaging platforms that support a variety of discussions and not just online ranting. Only time will tell.
inner ramblings social networking