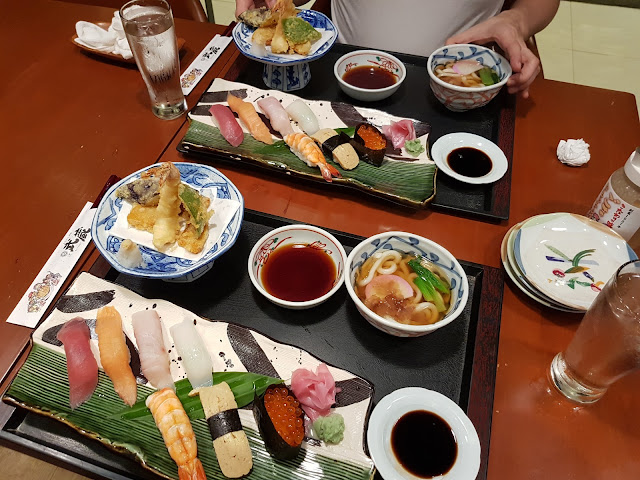 Tobie wasn't feeling too well and I was pretty beat after work so we ended up having dinner at another Japanese restaurant in the area. Tobie originally suggested grabbing food at Mercato then heading right back since his nose was running like crazy and he didn't want to be a nuisance at a quieter restaurant. Thankfully the place we ended up at wasn't too busy so we didn't make a scene and just ate our food.

There's so much I want to get done at the Sietch - little bits of disorganization that have been nagging me more and more and I really need to do something about it. So maybe I'll cut things short for this post and fuss around the place a bit more.