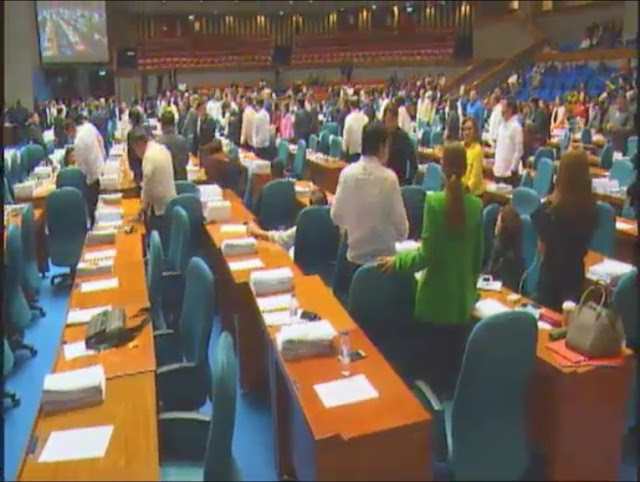 Today the House of Representatives voted 119-32 to give the commission on human rights a ridiculous budget of PHP 1,000. The rationale behind this was some sort of punishment for the CHR's supposed failure to address all human rights violations including common crimes, which are not part  of their mandate. It's clear that the "super majority" Congress set out to punish the CHR for repeatedly speaking against the President's war on drugs and possible human rights violations being committed by the police.

As the vote was only done by representatives standing up to show their support for the measure, we can only approximate who voted to essentially kill the CHR through defunding. Similar measures were applied to neutralize the Energy Regulatory Commission and the National Commission on Indigenous Peoples. Whether or not there was basis for reducing their budgets because of perceived performance issues and the like, these P1,000 measures are just insulting and ludicrous. How do you expect anyone to do better without sufficient funds to operate?

Congress is trying to setup these groups for failure for whatever political reasons. I understand the disagreements with the CHR and I can see how the NCIP could do more but I'm fully sure yet why they went after the ERC as well - I'll need to read up on that but I guess it's more of the usual problems of inefficiency or whatever. But going for PHP1,000 as a budget is like a bully kicking someone while they're down.

There's definitely something wrong with the way Congress is allowing itself to become a blunt instrument for implementing the will of the Administration. All sense of checks and balances in government seem to be all but gone now as or at least are under threat as Congress is taking roadblocks out of the way through these crazy budget decisions and the various impeachment efforts making their way through the appropriate committee.

What is happening to this country?
inner ramblings stop the presses