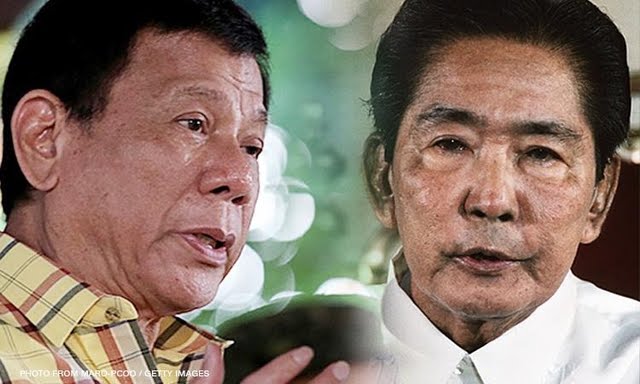 Good grief - the dictator Ferdinand Marcos now has an official holiday. Even though it's a holiday limited to the provinces of Ilocos Norte, it's still a frigging holiday dedicated to the man who bankrupted this country and whose family still hasn't made atonement for their sins. This is literally a leader who was ousted from power because of his cronyism, his graft and his corruption that totally derailed this country and has us still paying his debts and struggling to recover from his abuses. Our government has sanctioned a formal celebration of a man who gave the term "salvage" such ominous implications and who made popular the notion of extrajudicial killings.

Not that Duterte hasn't been very open about the fact that he considers the Marcos family to be friends and has repeatedly stated there were benefits to Martial Law in the Philippines. This is the same leader who still has Mindanao under Martial Law now and the rest of the country still technically under a State of Emergency.

The country is in a very weird place heading down a very troubling path.