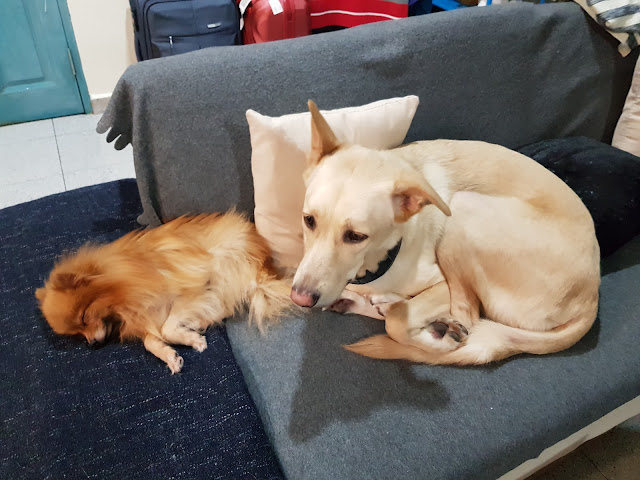 First twenty-four hours has involved a lot of eating, still working and of course many furry animals. People generally know I'm in Singapore because of the steady stream of pet photos that show up on my feed, which is only surprising in our post-Yoshi lives. But there are just so many furry friends to shower affection here with my sister.

It's a holiday tomorrow in both Singapore and the Philippines, so we won't have to think about work...too much. There are still a few things we hope to get done over the weekend, so we'll see how that goes. The best laid plans and all that.