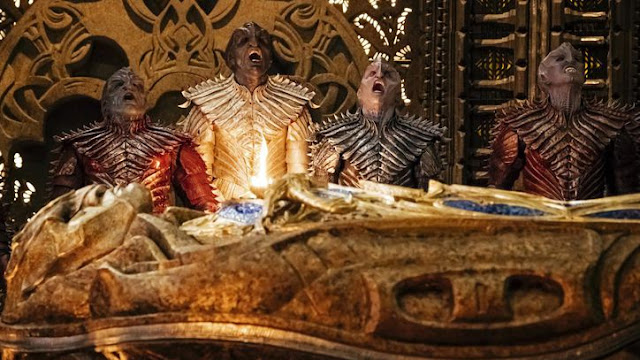 It's a weird time to be a Star Trek fan.

I previously wrote about how the Star Wars fandom seems so much more supportive of its fans versus the Star Trek fandom for a number of reasons. The 50th anniversary of the franchise was nothing more than a muffled whumph of a year with little to show for it beyond Star Trek Beyond, which wasn't all that great a release.

The news of a new Star Trek show, later called Star Trek: Discovery, got the fans excited about the franchise again with big names like Bryan Fuller attached the project. But more and more, Discovery is starting to feel like a literal STD afflicting the franchise as the initial promise of a show set in the Prime Universe seems to have been lost along with Fuller's exit from the show as showrunner.

Internet speculation is that the new show is definitely not set in the Prime Universe as the inclusion of Bad Robot in the production team means their license only covers material outside the original Star Trek franchise. It may not even include material from the Kelvin Timeline as established in the movies and may in itself be yet another soft reboot of the franchise with weird new Klingons and the promise of sex on the show and conflict within the crew. It sounds like a top level executive's idea of what will see well with current audiences even though it largely disregards what it means to be a Star Trek show.

I'm trying to remain hopeful for the show and maybe all of our fears will be unfounded. But otherwise there's Seth Green's Rogen's MacFarlane's The Orville, which promises to be a parody series that is as much a tribute to the Star Trek franchise as Galaxy Quest was.