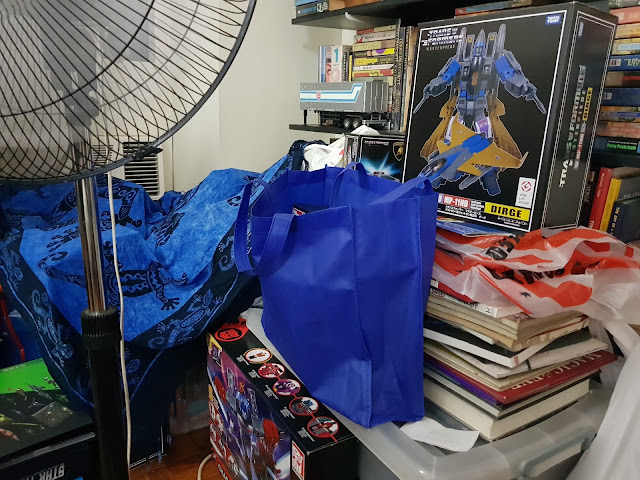 I feel like I've forever been playing catch-up with our collectibles at the Sietch such that my backlog queue of unopened Transformers has reached pretty significant levels. And I still have the odd figure or two from last year that I still haven't found the time to open up either. But with so many geeky activities in our calendar and a number of work trips to Singapore to boot, things just remain on hold.

I knew it was a bad sign when I failed my annual challenge last year for opening all purchased Transformers in the same calendar year. Throw in the big move and I've been playing catch up all this time to clear the remaining figures from last year while this year's releases have steadily come out - much to my detriment. Now parts of the Sietch feel like weird hoarder's corners packed with boxed and carded figures waiting to be released.

Why do geeky hobbies take up so much space? Hahaha
sietch life toys Transformers