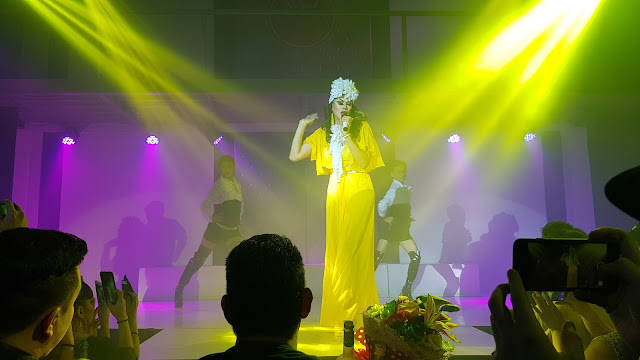 OMG last night was INSANE. Like crazy AMAZING and I'm glad that Tobie and I were able  to enjoy the special night together with fun friends. Manila Luzon was a lot of fun and more importantly it looked like she was genuinely enjoying herself while performing alongside the O Divas. It wasn't your typical foreign act where the local talent act as an opening act before the main show. There no severe delineation of that sort - just one amazing set of Manila and the other girls killing it on stage.

Like past nights when RPDR queens visit the bar, we had a lot of new faces, many of them younger fans who were into the show but had never really explored the LGBT scene, as it were. We had an above average number of women at the bar, not that O Bar is by any means exclusively LGBT or anything silly like that.

Some of the new faces were online contacts whom we had never met in person before and in some cases had never been to O Bar before either. It was nice to put faces to Twitter handles, in a manner of speaking, and I wonder if last night will lead to more O Bar nights with them or perhaps even game nights beyond the bar.

It was a tad amusing that half of our entourage were straight friends, but that just goes to show how universal O Bar's appeal is. And we've never been shy about that fact as Tobie regularly likes to invite friends to try to experience the bar with us. And it looks like that no smoking ordinance is opening a few doors in that department as it makes the bar easier to handle for other friends. Interesting times.
O Bar queer life social networking Tobie