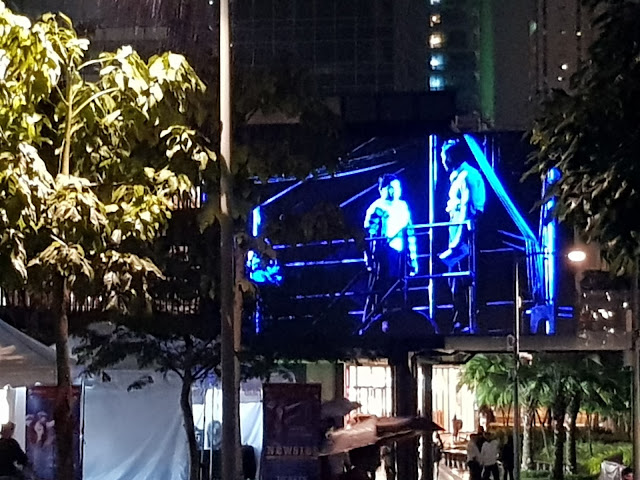 After the weather interfered with my pseudo protest-watching of Newsies last night, I ended up having a hearty dinner for (probably more than) one at Din Tai Fung, waddled home full of soup and xiaolongbao, then settled in for the night.

Initially I figured I'd spend the night watching stuff on iflix or Netflix while playing Diablo III or even head out to O Bar for some late night partying. But first I needed to wait for the laundry to finish since I had scheduled the cycle to end around the time I expected to be home after the play. So while reading Spider-Man comics on my phone I nodded off for a bit.

I woke up a little later in time to set the dryer to run for another hour, reply to Tobie's text updates, and went back to reading.

I woke up past 02:00pm and Tobie had already messaged that they were on their way back from their company outing and all my plans of getting stuff done before he'd get home started to feel the time crunch. So rushed through a shower, made my way to SM Aura and went Transformers hunting, got a haircut before my trip to Singapore next week and even had some Jamba Juice.

I forgot  to swing by the grocery to look for Extra Joss sachets though. Bugger.

I can't remember the last time that I had slept that long, but I guess it was inevitable. My sleeping habits have been quite terrible this week and this was probably inevitable. Body decided that it was a good time to rest and admittedly I slept quite well.
health sietch life toys Transformers