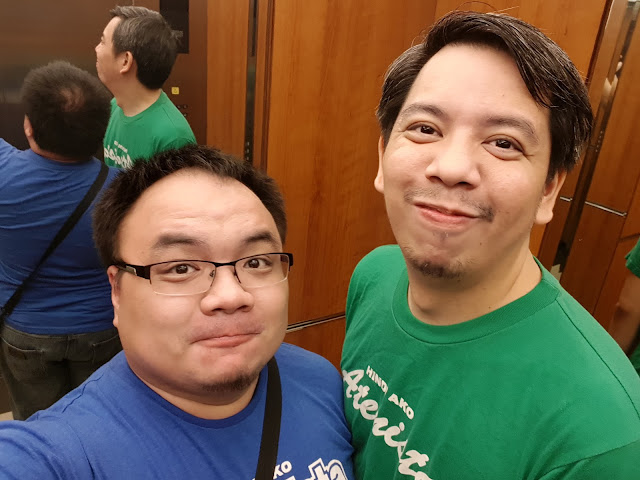 Tomorrow, Tobie will be at his company outing, so my Friday night will be a little quiet. Barring bad weather, I plan on trying to watch the 9 Works Theatrical run of Newsies over at the ridiculous Globe Iconic Store Amphitheater which will broadcast the show live on giant LEDs so you can watch without paying for a ticket. Last time we paid crazy rates for the Monobloc seats to watch Green Day's American Idiot and I since vowed never to pay for that venue ever again.

While Tobie should be home by (late?) Saturday afternoon, I'll still have time that needs filling. I'll probably try to look for the latest wave of Transformers Generations Titans Return deluxe-class figures that are trickling into stores this week. I'd much rather buy them here than in Singapore since the rates are a lot more competitive. But really it's more that I get a little obsessive about completing things and I'd rest easier if I had the whole wave in hand before leaving the country.

Busy times ahead and Tobie and I will just have to make the most of the time that is left before things get sort of all over the place. It's just two weeks of course and then after things will be back to normal. But in the interim changes to routine always get me rather unsettled.
all the world's a stage cultural victory queer life run the world sietch life Tobie toys Transformers