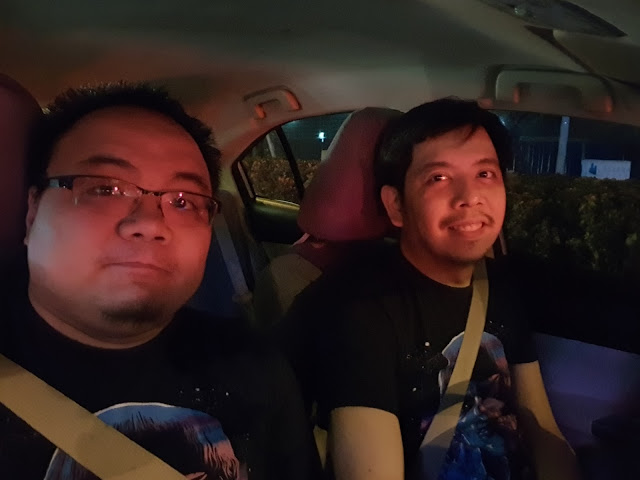 After enjoying the generally fun but technically deficient staging of Sister Act at The Theatre at Solaire last night, today we're gearing up to trek to CCP for this year's Virgin Labfest. We're supporting a new play written by Carlo Vergara and I do hope the rains don't make travel to and from the venue overly difficult.

Note to self, bring an extra umbrella.

First, Sister Act was an amusing enough musical although it was sad that they went the original music route instead of securing the rights for 1 or 2 of the songs featured in the movie. Yes, you don't get to exclaim how there ain't no mountain high enough or that they're talking about my God. But the songs that they did include in a repeatedly stressed 1978 time set were fun enough. The expanded story was neither here nor there but it did give us more musical interludes.

We were just really disappointed with the technical side of the play  for various reasons. Despite this being a Saturday night show and not a Sunday matinee, audio levels for mikes were all over the place with the lead characters being too loud and the back-up folks being too hardly audible. At times their footfalls on the stage were more easily heard than their dialog. Lighting was weird with characters closer to the wings constantly in shadow and it was pretty obvious they were only operating with a single spotlight for some reason despite the blocking obviously needing at least 3 to keep tabs on all the different characters. What an odd mess for an international touring company.

We had dinner at Nemoto after the show and it was nice to be back at the old haunt. The rest of the night was dedicated to watching more episodes of Terrace House: Aloha State and me playing Diablo 3 to level my Necromancer while Tobie played Civilization V. Then we had Cheese Eggdasals with Sausage before bed. Breakfast of champions.

We did get some chores done today though! After an indulgent brunch at UCC Cafe Terrace at Burgos Circle, we picked up additional storage bins for clothes and other home essentials at True Value. We're such good adults that way.
all the world's a stage cultural victory sietch life Tobie