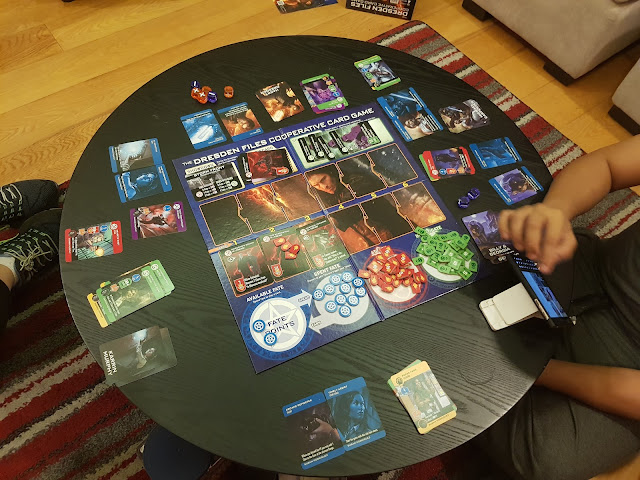 Despite running a little long at work in order to get all my tasks done for the day, I still caught up with the Finer Gaming Things Club  for last night's game night with more than enough time to play a LOT of great games. The FGTC is definitely one of the major highlights of our monthly gaming calendar as this group really appreciates gaming, good food, and just having fun together.

This time around we ended up supplying most of the games for the night given Tobie's recent haul while in the US given his purchases at Gamex 2017. Beyond the usual board games and card games, Tobie even got to run shorter RPGs for some of the folks, adding even more diversity to our little game night.

As is the way with this group, we played games for as long as people could manage and wrapped up right before sunrise once enough people had left to go home or had just fallen asleep on the couch between game sessions. That's some serious commitment for gaming, people!

And it's just as well that we gamed long and hard last night as the rest of the weekend is more about theater. Tonight we're watching a touring act's staging of Sister Act while tomorrow we're watching Set C of this year's Virgin Labfest in order to support a friend. Otherwise I'll most likely be playing Diablo 3 the rest of the time.
all the world's a stage computer gaming cultural victory gaming tabletop gaming