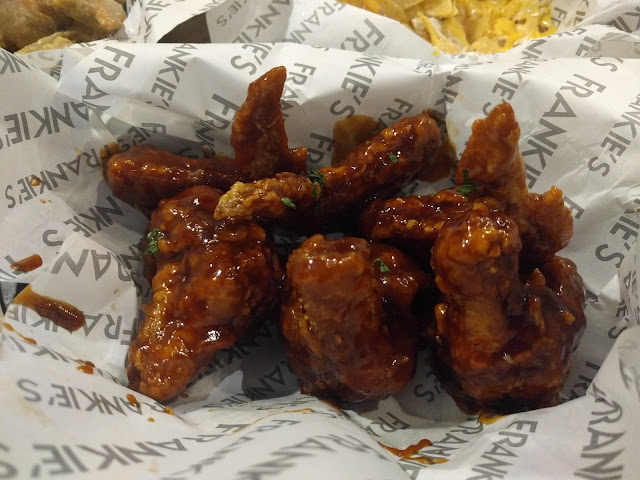 Since we're going to O Bar later tonight, Tobie's response to the classic "What should we do for dinner later?" was "Something greasy" as preparation for a night of drinking and drag queens. And so I figured it was a good a time as any to get him to try Frankie's New York Buffalo Wings via foodpanda since I had finally eaten there with a friend while Tobie was in the US.

Life doesn't really feel back to normal until we get back into all of our usual routines. And for us that means getting back into tabletop gaming (both board games and RPGs) and O Bar nights. We played a few board game after he arrived back from the US. Tonight we'll be going back to O Bar to catch up with friends there. And we have two different RPG sessions scheduled for the weekend.