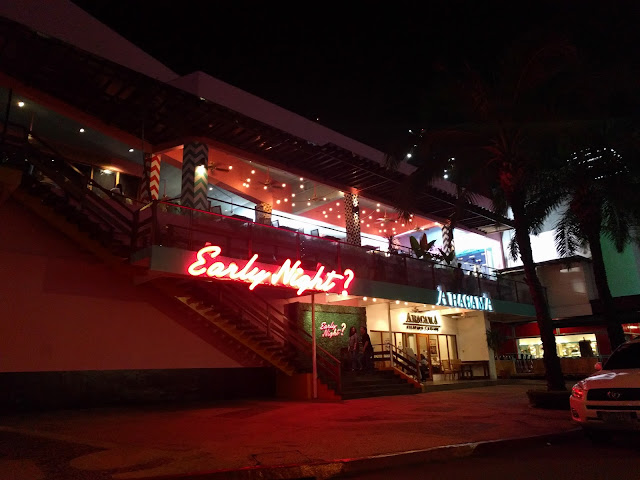 So I should be on my way over to a friend's birthday celebration game night but I can't seem to drag myself out of the house. I also have the option of heading to O Bar later tonight to watch their Independence Day themed show, but again I'm not quite feeling up that either. And I do love my friends who will be at both possible evening activities but I'm just feeling like I'm in a bit of a hermit funk tonight.

With Tobie's return only a few days away, admittedly I'm feeling a lot better in general. He flies out by Monday night in the US and should be back in Manila by Wednesday. So only a little more to go before we're back together. But I still have these odd moments of just wanting to stay home and somehow pull the walls of the Sietch closer to me like a nice warm blanket.

I did manage to go out last night after a fun board game session with other friends. A quick ride to Rizal, Makati brought to a friend's rather chill drinking night that mostly had people talking about this or that on their own with sporadic bouts of a central topic more people could talk about. I drank enough to be sociable but not enough to get tipsy to any degree and that's cool. In the end it was a lovely night that ended with the sun already high in the sky and a face a little tired from all that talking and laughing.

I should go out. It beats just staying home watching random stuff on Netflix and iflix. But then I can't seem to get the ball rolling. I could possible drop by both the hotel and O Bar since they're all in one area but then I could also just stay home and enjoy my time here.