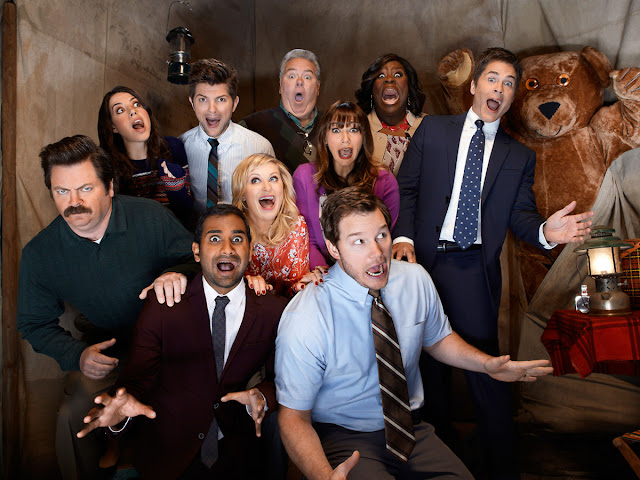 With Tobie out of the country, I've been unable to resume watching the many shows Tobie and I enjoy together. This means I've several weeks behind shows like American Gods, Doctor Who, and even RuPaul's Drag Race while I wait for him to get back. Instead I've been exploring the online libraries of Netflix and iflix including sad local indie productions and random documentaries.

But I have ended up rewatching Parks and Recreation after going through various YouTube videos celebrating different aspects of the show. And man, it's so much fun to watch this series again with the crazy host of characters. You can tell how the early seasons tried to beg, borrow and steal from The Office but in the end they found their own voice.

I'm already at the third season when state auditors Chris Traeger and Ben Wyatt come to Pawnee and end up needing to run the city budget and getting very involved in the Parks and Recreation department. And the show really went down some interesting creative roads at this point.

Tobie comes home in a few more days but I'm still using shows like this for comfort. But just a little more to go!
sietch life television Tobie