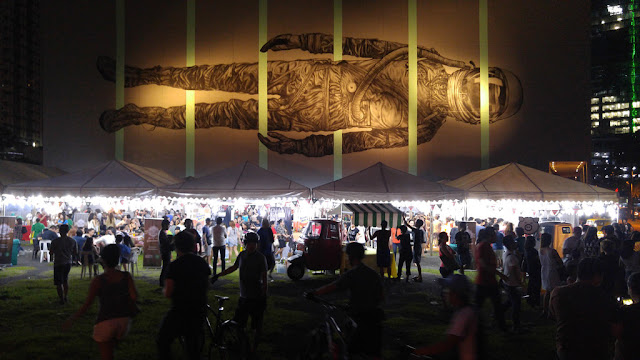 So I'm not exactly the biggest fan of food parks as a lot of times the food feels like they're priced for a restaurant but served like a truly mobile food cart (and not one of those food carts permanently parked in a food park). Plus I hate the outdoor dining experience that comes with these places - uncomfortable chairs, wobbly plastic tables, poor ventilation and smelling like all the food smoke that gets stuck under the tents.

However a slight detour on my walking route home makes it easy to swing by the venue for food then bring stuff home to be eaten in comfort. And so I've been experimenting a few times here and there to see what might be worth repeating and more importantly what I might be able to bring home to Tobie.

So after the stress of this week between a lot of work tasks and other craziness, I decided to swing by Mercato again to order up a storm and make this Friday night alone less boring. And man did I over do it. I had an overpriced tray of pretty decent takoyaki for P80 while thinking about options and ended up with the following weird meal: 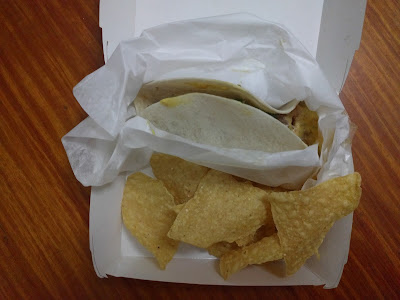 This is a soft taco (P95) with chicken and the second soft taco I've ordered at Mercato given there are two Mexican stalls. Neither taste super authentic but tonight's taco tasted better since they had a nice queso dip that the were keeping warm at the booth. A good amount went into the taco. 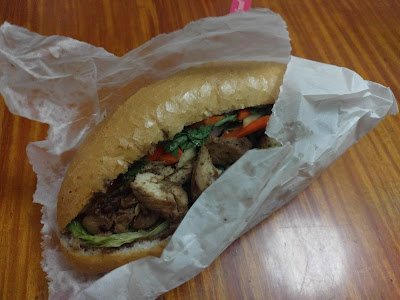 I went back to the Vietnamese stall I had ordered from before and got their Bánh mì sandwich. It didn't transport well as the bread got a little tough quickly but on the whole it was delightful. At P120, it's cheaper than their vermicelli bowl style offering and feels more filling. 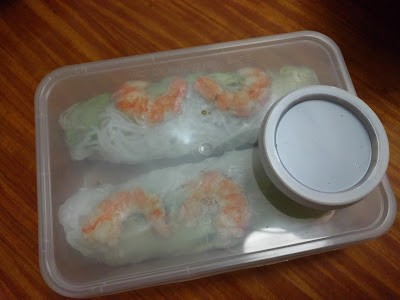 I got their summer rolls again and they're still good even though they are not sliced so you eat them like a shanghai roll or something. Still, the rolls are pretty generously packed and the peanut sauce is tangy and quite distinct. 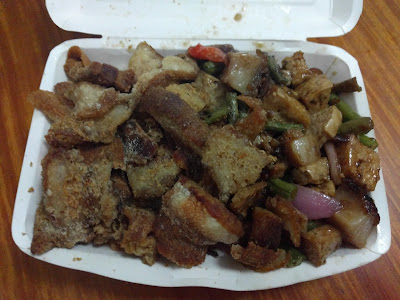 The craziest item that I ordered was this "Doble Bagnet Patong", which is pretty much more bagnet and their mix of tofu and veggies over rice. I ran a Google search to better understand what made bagnet different from other pork dishes like lechon kawali and discovered it was more about the pieces being cut before frying, thus resulting in crispier pieces. Combine this with tofu and their soy sauce and vinegar mixture and it felt like eating tokwa't baboy but with the pieces not mixed together. Interesting but I don't think I'm really a bagnet person.

So now I just want to roll around bed for a while or maybe I should just sleep. It was interesting eating but I think I'd only recommend the Vietnamese food to Tobie. Might consider going back to tonight's Mexican stall in the future to try their naked burrito bowl or their nacho bowl,which again incorporates that evil cheese sauce.

I definitely can't sleep yet and might prepare some tea for myself. I guess I still have a bit of a night ahead of me.
food adventures sietch life