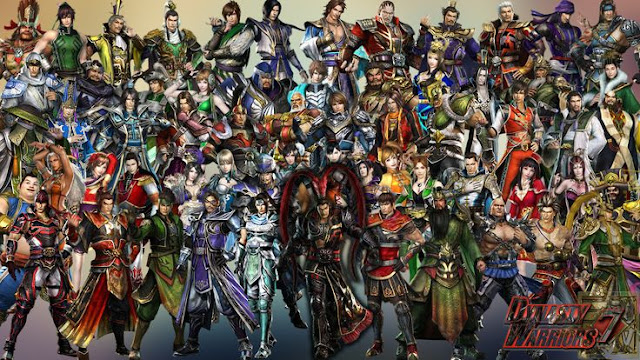 Dynasty Warriors 3 was released for the PS back in 2001, so this means that my brother and I have been playing the various iterations of this game for over 16 years now, more or less. That feels like a crazy amount of time to continue playing games from the same franchise all largely retelling the exact same story as inspired by the Romance of the Three Kingdoms epic. It has continued to exploit the same hack and slash, kill hundreds of soldiers concept for so long now but it continues to be a sort of guilty pleasure game for us.

Despite my late start to the day after my somewhat shorter Friday game night, I managed to allocate my afternoon to hanging out with the family. But since it's not like we had anything big planned for the day, it has mostly consisted of my brother and I playing Dynasty Warriors 8 on the PS3, and that's not a bad thing at all.

We've come a long way only to essentially play the same game. And I suppose that's what the home life situation often feels like. No matter what else has changed in our respective lives and careers, you come home to do a lot of the same things you used to do since your routines can only vary so much. And the home environment, the sort of experience and setup that you grew up with, is carried with you regardless of where you actually live.

So when me and my siblings are back home with the folks, we seem to fall back into familiar patterns of pretty much staying home and not bothering to deal with the world as we lose ourselves in TV shows, books, movies, and games (both digital and analog). We we never big on socializing more than we need to and going out means dealing with the warmer weather outside, traffic, parking and worst of all - other people.

So today I visited my folks only to "stay home" in another house. Go figure.
console gaming family gaming inner ramblings