02414: The Difference Between Nerds and Geeks 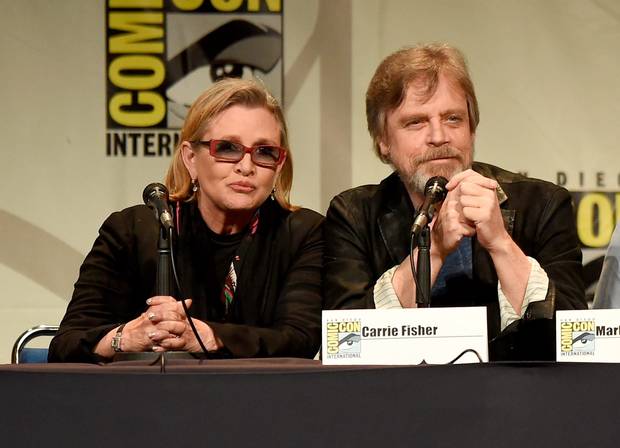 I just finished listening to the Audible audio book of The Princess Diarist by Carrie Fisher. It was an interesting book made all the more "real" because Carrie  narrated the book herself and so you get to hear her words exactly as she imagined them in her head while writing it. The experience was a little bittersweet given her passing but she lives on through her work including books like this one.

Part of the book were parts devoted to talking about the many fans she's met over the years, the autographs she's had to sign (or as she says, "giving lap dances") and that got me revisiting a few thoughts.

Within the socially awkward circles of intellectuals, many have taken the time to assign more nuanced meaning to the terms "geek" and 'nerd" because that's just what people do. When we look at more formal definitions for these words, it's hard to tell geeks apart from nerds given how much they have in common. There's a stress of being socially awkward to varying degrees as one of the primary descriptors and something to do with intellectualism.

On my pop culture blog, I push the definition of being a geek tied to one's passions about something and not just intellectual pursuits as Merriam-Webster states. Especially when we look at today where being a geek has suddenly become somewhat popular to the general population or maybe just to intellectuals. The internet-enabled population can now obsess about practically anything.

So where does that leave the nerd? Have things changed there? Geeks are still obsessive, but maybe less socially awkward than before. Nerds however still feel more reclusive as their interests are of a more intellectual nature. Or something like that.

Sometimes, the geek communities stress me out. As I get older, I seem to have less and less of a tolerance for other people. This isn't about some theoretical store of supposed social energy that runs out after interacting with other people for extended periods of time. This is just me not wanting to put so much effort for people who are not critical to my day-to-day life. My work team is like family so they're not part of this equation. It applies more to people outside those circles even though we may have shared interests.

I'm a geek when it comes to my interests, certainly. I'm super passionate them and I enjoy celebrating them. But I'd also rather not have to deal with people too directly either. Or something like that.
inner ramblings