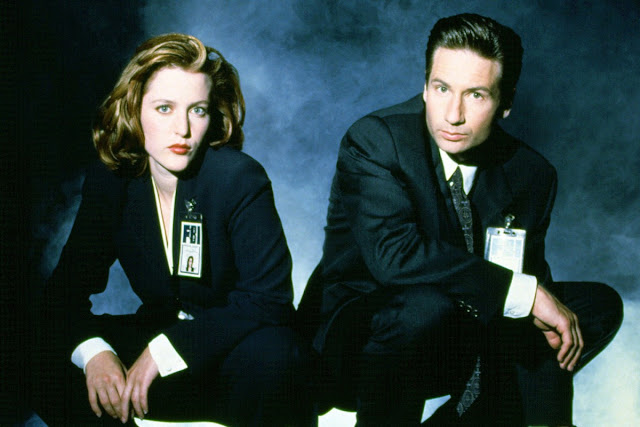 So I've gone back in time to 1993 to watch The X-Files thanks to the streaming powers of iflix. I had been meaning to do this for some time now and progress with other shows have now made that possible.

The X-Files was always more my father's thing, although my fascination with the possibility of life other planets and UFOs (mainly because of childhood) had me curious. But for one reason or another I left things to my dad instead and I focused on other shows. Maybe I just didn't have the patience for the pacing of the show at the time or my younger self was more enamored by the action of futuristic starships instead of the comparatively more mundane oddities of Midwest America.

This is not to say I didn't watch the show at all. I just wasn't as focused on it was I was the various Star Trek TV shows at the time so if I had to choose to only watch one, then I'd watch Star Trek. But I did still end up watching a good number of then when RPN-9 was still a local broadcast TV channel. And so I know about Toomes and the Cigarette Smoking Man and Mulder's abducted sister.

Thus it was with some irony that I had seen the first X-Files movie and I watched the recent 6-episode 10th season that had come out last year. But given the way the  X-Files is, watching those two things didn't feel like jumping to the end of the story. I many ways, I' pretty sure that Mulder and Scully will never stop in their quest for answers. And it's a bit of an honor to join them in their adventures once more.
inner ramblings television